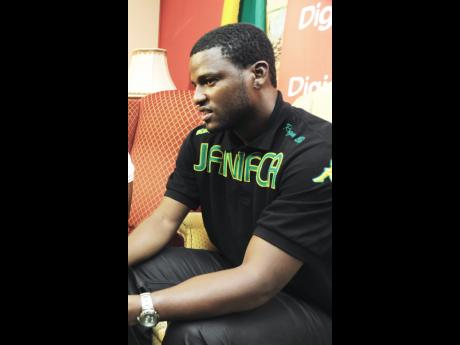 Portmore United's coach, Shavar Thomas, has expressed satisfaction with his team's performance despite the penalty shoot-out loss to CD Plaza Amador in the CONCACAF League round-of-sixteen in Panama City on Wednesday night.

After leading 1-0 in the first leg played a week ago at the National Stadium, Portmore went down 0-1 to the Panamanian outfit in regulation time. There was no extra time played, so the game was decided by penalty kicks, where Portmore United lost 5-4.

"There was nothing missing (from the team's game). The team played a great game defensively. We had one lapse in the final third and at this level, any lapse in concentration is punished, as was the case with the equalising goal CD Plaza scored tonight (Wednesday night). That said, we still had a chance to win it, but it wasn't our night. They scored five penalties and we scored four, that was the difference," said Thomas, who took charge of Portmore last month.

"Even though this is still the preseason for us, we are not making any excuses. We had enough time, and we prepared very well for the game, and the performance of the guys shows that. We fought hard for 180 minutes in the two legs. Most of the team has been playing together for a while now and there are some additions, so it's a good mixture of experience and fresh faces. I am proud of the effort we gave. At no time was that in question," he added.

Portmore will now turn their focus to the new season which starts on September 3.

"Now we turn our focus on preparing for the start of the National Premier League, so we can hopefully go one better than we did last season and be back at the CONCACAF level soon as we have already qualified for the next Caribbean Football Union tournament," the former national youth and senior team captain concluded.