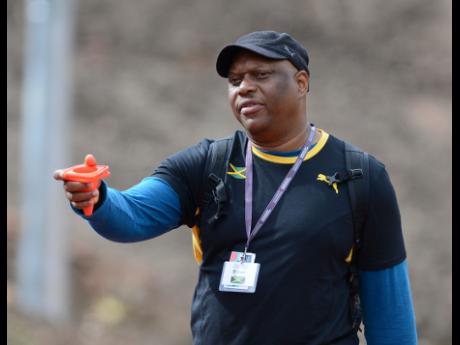 LONDON, England:
Head coach for Jamaica’s team at the IAAF World Championships in London Maurice Wilson, says he is extremely happy following Ristananna Tracey’s 400m hurdles bronze medal, but more for its boost to team spirit rather than his own personal success.

Wilson started coaching Tracey in 2015 and is the architect behind her personal best run of 53.74 seconds, which placed her behind Kori Carter, 53.07 seconds and Dalilah Muhammad, 53.50 in the final on Thursday night inside the London Stadium.

“I am extremely happy for the success of Ristananna but I am also happier for Jamaica because we needed a boost and I think the medal came in a very timely manner in order to assist the feelings of disappointment,” said Wilson, who noted that he believes Tracey has the potential to become a consistent top performer at the highest level if she continues to apply herself.

The GC Foster College and Sprintec coach added that he believes the concern around the team’s performance is unreasonable and that the country’s programme is in a healthy position.

“I was there when a relay medal meant a lot for Jamaica and I was there when three or four gold medals became the norm. I have not taken anything out of perspective, I have not gotten carried away by anything there are a few disappointments, but overall the performances show the real mettle of the team, when you are down and you are still able to go out there and fight,” said Wilson.

“We need to understand that the transition of athletes will take about three to four years. I think we are already in that mode, we have seen a lot of athletes at this stage, who are competing at this level for the first time. Many of them made finals, we had a couple fourth place finishes,” said Wilson.

“Once we organise ourselves and put the necessary systems in place, which I am quite sure that the JAAA would have started to think about, then we should be OK for (Tokyo Olympics in) 2020.”