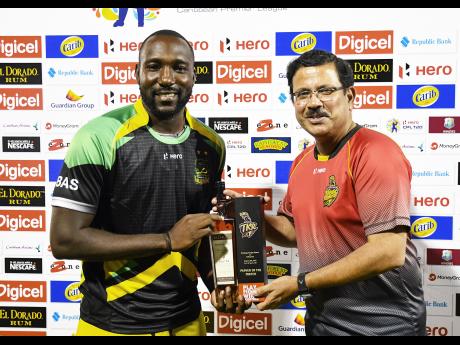 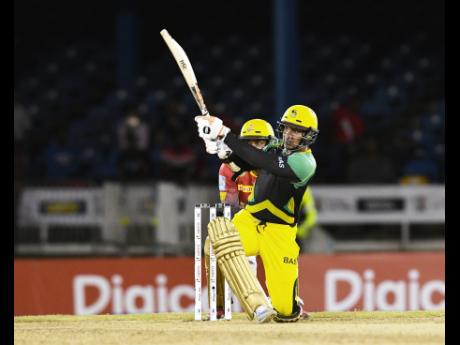 CPL T20 via Getty Images
Kumar Sangakkara of the Jamaica Tallawahs hitting a boundary during Match 7 of the 2017 Hero Caribbean Premier League between Jamaica Tallawahs and Trinbago Knight Riders at Queen’s Park Oval on Wednesday night. 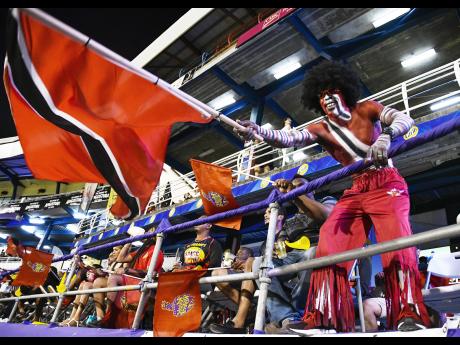 Chasing 148 at the Queen's Park Oval, Tallawahs got home with four balls remaining to notch their second win in four days, following their opening loss to Barbados Tridents in Florida last weekend.

Tallawahs were guided by Sri Lankan star and captain Kumar Sangakkara, who top-scored with 47 while opening partner Lendl Simmons struck 38.

New Zealander Colin Munro had earlier top-scored with 41 as TKR, sent in, were dismissed for 147 with a ball to spare.

In fact, the hosts were cruising at 109 for two in the 10th over before suffering a dramatic collapse, losing their last eight wickets for a mere 38 runs.

Narine had given the innings an energetic start, smacking a pair of fours and sixes in an

When Narine perished in the fifth over caught at midwicket by Simmons off Man of the Match Williams, Munro and Bravo put TKR on top with a 57-run third wicket stand.

Once Munro holed out in the deep at the end of the 10th, however, the innings slumped into terminal decline.

Tallawahs' run chase was given an immediate boost when Sangakkara and Simmons put on 61 off 33 balls for the first wicket.

While the left-handed Sangakkara was measured in his 41-ball knock which included seven fours, Simmons played with abandon, carving out four fours and three sixes off just 18 balls.

Simmons was one of three wickets to fall for 32 runs in the space of 30 balls when he was bowled by Pakistan leg-spinner Shadab Khan in the sixth over but Tallawahs kept their focus to get home in the final over.