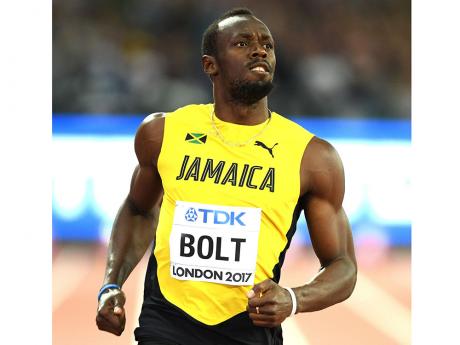 Jamaica’s sprint superstar Usain Bolt will be aiming to end his track and field career in impressive fashion when he competes in the final of the men’s 4x100m relay at the World Championships in London at 3:50 today.

The 30-year-old Bolt, who won the bronze medal in the men’s 100m final last Friday, in set to anchor Jamaica’s team in its quest for gold in this the final race of his track career.

The Jamaicans will run from lane five in today’s final.

The team of Tyquendo Tracey, Julian Forte, Michael Campbell and Bolt won their heat this morning in an impressive time of 37.95 seconds.

However, it is understood, the former 100m world champion Yohan Blake will replaced Michael Campbell for today’s final.

Meanwhile, Jamaica’s female team will be hunting the gold in the 4x100m relay final.

The quartet will run from lane seven while defending champion the United States will compete in lane four.

Olympic Sprint double champion Elaine Thompson is expected to replace Forbes on the anchor leg in the final set to start at 3:30 p.m.

In the meantime, national champion Kemoy Campbell will compete in the final of the men’s 5000m.