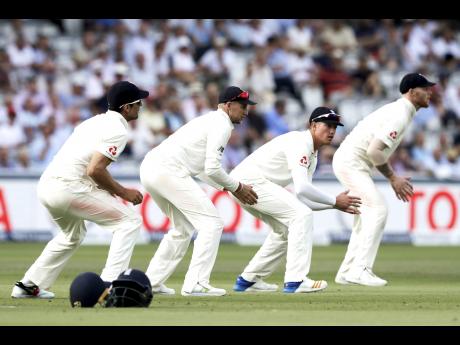 In-form Surrey opener Mark Stoneman has been named in a 13-man England squad to face West Indies in the day/night opening Test at Edgbaston starting next Thursday.

He replaces left-hander Keaton Jennings, who averaged 14 in the recent four-Test series against South Africa which England won 3-1.

The 30-year-old uncapped Stoneman has plundered over 800 in the County Championship at an average of almost 60, with three centuries and a highest score of 197.

He is joined by Hampshire leg-spinner Mason Crane, who gained a somewhat surprise maiden call-up after picking up 16 wickets at 40 runs apiece.

"Selectors would like to offer their congratulations to Mark Stoneman and Mason Crane who thoroughly deserve their opportunity in the squad," national selector, James Whitaker said yesterday.

"Keaton Jennings will return to Durham and will look to recapture the form that earned him selection in the first place. I am sure he will find his confidence and look to score runs in the remaining matches of this season."

Seamer Chris Woakes has been recalled following his recovery from injury, after playing the last of his 17 Tests last December.

The 28-year-old caught the selectors eyes with a five-wicket haul against Middlesex at Lord's last week, in his only County game of the season.

Following the inaugural 'pink ball' Test, England and West Indies clash in the second Test at Headlingley starting August 25 before wrapping up the series with the third game at Lord's beginning September 7.