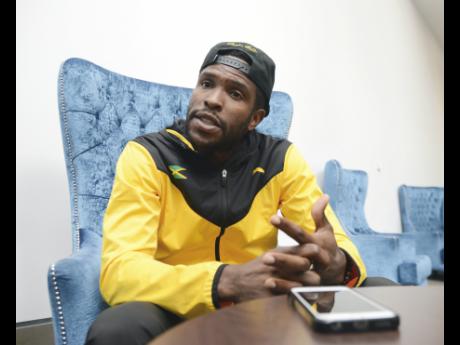 Usain Bolt's participation at the IAAF World Championships in London has been put into perspective with reports that the sprinter competed at the event despite suffering from a major back problem.

The full nature of the issue is unconfirmed, but The Sunday Gleaner has been reliably told that the now-retired sprinter and his team were informed of the issue less than a week before the start of the competition on August 4 at the London Stadium and had been quietly receiving treatment in a bid to get himself ready ahead of his competition.

Bolt won bronze in the 100 metres on August 5 and pulled up after a hamstring injury in the 4x100m relay final last night at the London Stadium, with other competitors in the event suggesting that a lengthy wait ahead of the race could have contributed to the Jamaican's injury.

While not confirming the information, Bolt's executive manager, Nugent Walker, who was speaking ahead of yesterday's 4x100m, admitted that the sprinter did face some issues in his build-up to the championships, which caused them to question his participation, but underlined that the eight-time Olympic champion felt ready to compete and was determined to perform one last time for his country and his fans.

Walker, who also shared that the coaching staff had been apprised, underscored that the sprinter's decision to compete despite his struggles is testament to his resolve and dedication to the sport.

"It was a tough season. I know he is disappointed that he did not go on to get the gold in the 100m. In my book, and considering everything that I know and everything that transpired this season, I think he should take comfort in the fact that he faced the starter and gave it his best," Walker said.

"This proves a lot about who Usain Bolt is, the competitor that he is. Many athletes would not have faced the starter knowing the kind of problems that he had, but he had promised the fans that this is his farewell. He wanted to put on a show for them, and he went out there and gave his best. If on the day his best was a bronze medal, we give thanks," said Walker, who also admitted that there were points in the season when he wondered if Bolt would in fact compete in London.

"There were always stages where you wonder, will it come together? But again, with the genius of Glen Mills, the appetite for success of Usain Bolt, he went about it, trained very hard and kept believing. The team has always believed in the ability of Usain Bolt. In my book, Usain is the most talented athlete, and we thought that once he could get healthy, it was all possible," he noted.

Bolt was receiving treatment up to late last night for his injury, which came at the end of a career that brought eight Olympic gold medals, 11 World Championships titles, and world records in the 100m, 200m and 4x100m.