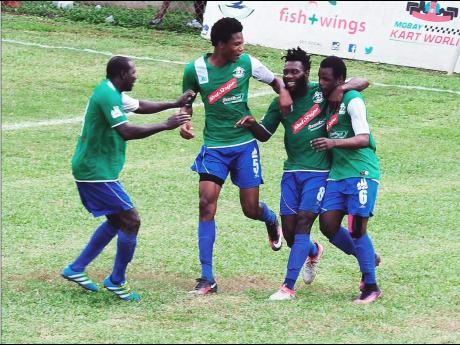 "We are making every effort to make our game day experience nicer for our patrons..., it's a working progress. The focus for us has being primarily on getting the field, back in order and you'll see in the coming weeks some of the improvements," said Christie, invitingly.

MBU's operations team has improved the drainage system, where they have dug up the field, made the necessary adjustments and have recently resurfaced the pitch. The stadium is located in a low lying area, notably, below sea level which has resulted in a water logged field situation, which has plagued the pitch whenever it rains heavily. It was made clear that because of the location of the stadium, there is little that can done to prevent the waterlog issue. "The land is a low lying area, so when we have acts of God, there is nothing we can do. That is why we have an alternate venue in the Montego Bay Sports Complex," said Christie, who is also the Director of Administration.

In that effort to make game day experience nicer, the club has also increased its seating capacity and said that work is still being done to give spectators an experience which it describes as "more comfortable."

"Our stands have been expanded. We now have the capacity to host approximately 2000 persons," Christie said.

After being eliminated from the quarter final stage of last season's Red Stripe Premier League, MBU is in the process of strengthen its squad, which is already gifted with a few national players. The club is also looking to promote more of its youngsters, as well as adding a few talent from the western region. However, MBU refused to disclose its plans for the remainder of the transfer window.

"For our recruitment you will see talented players coming up through the ranks of our youth academy. We also have some good talent from the western region coming in," she said.