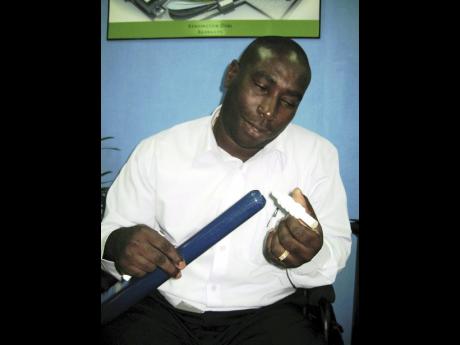 Players will face a much more intense Regional Four-Day Championship when the first-class tournament bowls off in October, as the 10 rounds of competition is set to be completed in just three months.

The tournament is scheduled to get going on October 26 and wrap up January 21, with a nine-day break in November and a near three-week break for the Christmas holidays.

Last season, the first-class campaign spanned five months, beginning mid-November and concluding mid-April, and included two breaks - a week in early December and 21/2 months to accommodate the Christmas holidays and the Regional Super 50.

As a result, the tournament restarted March 10 and concluded April 18.

Roland Holder, Cricket West Indies' manager for cricket operations, said adjustments had to be made to the schedule because of the packed home itinerary.

"We have tightened up the schedule, due to the heavy amount of cricket we have coming up, and it would also allow us to complete the [Regional four-day] ahead of the Regional Super 50 Tournament," said Holder.

"A Thursday start also gives fans the option of coming out to see the end of the matches over the weekend, rather than having to take Monday off, so this is being done with them in mind."

Three-time reigning champions Guyana Jaguars will raise the curtain on the new season with a clash against Jamaica Scorpions in Georgetown, while Kensington Oval will host the perennial fiery rivalry between Barbados Pride and Trinidad and Tobago Red Force.

Windward Islands Volcanoes and Leeward Islands Hurricanes will do battle at the Grenada National Stadium in St George's.

Sri Lanka A's tour of the Caribbean from October 11 to November 5 will coincide with the first-class season.