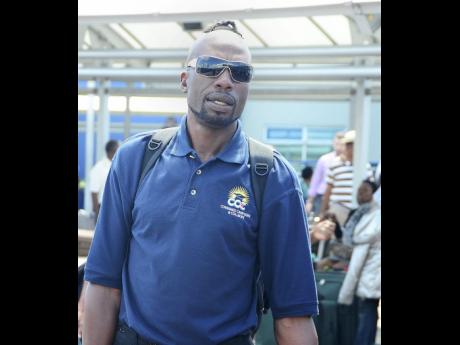 Sir Curtly, who, until last year, served as the Caribbean side's bowling coach, said West Indies were coming up against a very confident England side and would struggle to even win a Test.

"I am very, very concerned," the giant Antiguan told the Tuffers and Vaughan Cricket Show ahead of the start of the day/night first Test at Edgbaston.

"England are the favourites, they have just beaten South Africa 3-1, and South Africa are a better team than the West Indies at the moment. [England's] confidence is sky high.

"The West Indies, on the other hand, will have to play exceptionally well, first of all to compete, let alone win a game."

He added: "Speaking from the heart as a West Indian, I'm hoping they can at least win a match or compete. But as a

realist, I'm not so sure they are going to compete against England."

History is also against West Indies, having not won in a Test in England in 17 years and a series in almost three decades. In fact, the Caribbean side are without a Test series victory since beating minnows Bangladesh three years ago in the Caribbean.

Further, the touring squad is a young one, with just three players - Kemar Roach, Kieran Powell and Shannon Gabriel - playing a Test in England before.

Sir Curtly snatched 405 wickets in his 98-Test career at an outstanding average of nearly 21, including a whopping 88 in 20 Tests in England at below his career average.