Big setback for 'The Axeman' 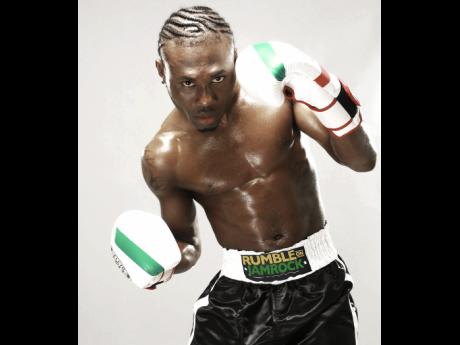 Nicholas 'The Axeman' Walters, whose once spectacular boxing career is now on life support, has suffered another setback. His fight against Mexican Arturo Santos Reyes scheduled for tomorrow (Saturday) in Lincoln, Nebraska, has been cancelled because Walters reported sick over the weekend. Walters, who is the former World Boxing Association featherweight Super Champion, has not fought since his shocking loss to Vasyl Lomachenko last November 26.

In that fight, which was for Lomachenko's World Boxing Organisation super featherweight title, Walters was completely outclassed and retired in Round Seven. He received a lot of negative press for the way in which he performed that night, but vowed to return and fight the way he used to when he became a world champion. He has a great 26-1-1 record, but the way he lost that November night caused him to lose a lot of his fans.

He is now on the comeback trail, and the fight that was scheduled for tomorrow was his first step up the redemption ladder. He has slipped once more, however, and the climb back is now that much more difficult. When he spoke with The Gleaner yesterday, he said that he was very disappointed that the fight had to be cancelled and that this was because he caught a bad cold last week and had a fever.

"All plans were in place for me to leave Panama on Tuesday for Nebraska with my trainer, Celso Chavez, but unfortunately, I picked up something from my son, O'Brien, who became ill last week," he told The Gleaner. "He had a bad cold, a fever, and was coughing a lot, so we had to take him to the doctor. I then picked up something. I, too, had a bad cold, was doing a lot of coughing too, and had to stop training. I was really concerned, as I was in the final stages of my training. I was unable to run for a few days, my gym work was curtailed, and I was therefore not in condition for such an important fight, so I called Top Rank and told them what was happening. After discussions, it was agreed that the fight would be cancelled."

It would without a doubt have been one of the most important fights of his career, he said, so the decision had to be taken to cancel for now, since he would not be 100 per cent fit. The hope is that he will be able to fight again in November or December, but this will depend on the schedule of his promoter Top Rank. The fight card on which he should have appeared was a television event, with a world title fight between WBO champion Terence Crawford and Julius Indongo as the feature.

What it will also mean for Walters is that it will be at least a year between fights for him, and this is never a good thing for a boxer.