Jamaica's Damion Lowe off to Norway 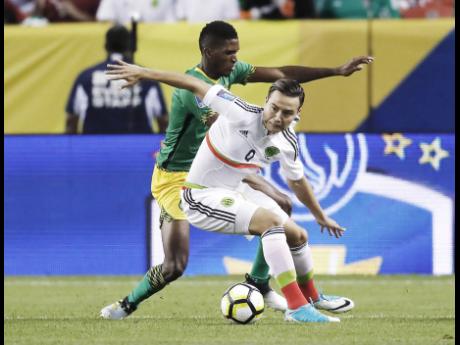 The 24-year-old Lowe was transferred from the Tampa Bay Rowdies in the United Soccer League on Wednesday following 18 appearances in all competitions in his first season with the American club.

"This is a player who has impressed us, especially with his speed and duel power," IK Start head coach Kristian Karlsen.

"He has an offensive game style and is very fit. I have seen him several times and also have contacts in the United States that have kept him under surveillance."

Lowe was a member of the Jamaican men's national team and played every minute of the Reggae Boyz's run to the final of the 2017 CONCACAF Gold Cup.

"I was very impressed by his game when Jamaica reached the final," said Karlsen. "He was a vital player on the team, and in many eyes, one of the best players in the competition."

Lowe spent the previous three years in the Seattle Sounders organisation, primarily playing for Seattle Sounders FC 2 and then a successful loan spell with Minnesota United FC in 2016 before moving to Tampa Bay.

Rowdies chairman and chief executive officer Bill Edwards said the club will miss Lowe, since he has been a great asset, but would not stand in the way of a young athlete's success.

"I know Damion will represent the Rowdies name well in Europe, and while he is doing that in Europe, we will be pushing forward still with our mission to win the 2017 USL Championship," said Edwards.

"We attract the best of the best players at the Rowdies organisation, which is possibly the most unique team they will ever play for in North America. We are so proud to have been able to provide Damion with the opportunity to pursue his lifelong dream to play in Europe."

IK Start are currently second in the OBOS-ligaen, the Norway first division, which is the second tier of the game in the country.