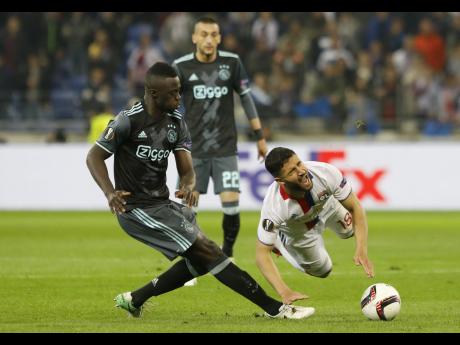 Tottenham broke their transfer record to make the club's first signing of the summer yesterday, bringing in Colombia centre back Davinson Sanchez from Ajax for a fee that could rise to €42 million.

The deal for the 21-year-old Sanchez was subject to a medical examination and securing a work permit, Spurs said. He signed a six-year deal.

"It is a great move for me to come here to develop my career," said Sanchez, who was Ajax's player of the year last season in his first year at the Dutch club following his move from Atletico Nacional.

Tottenham had been the only English Premier League team yet to make a signing this summer. Last season's runner-up in the league sold right back Kyle Walker to Manchester City.

The transfer continues the break-up of the Ajax team that reached the final of the Europa League last season, losing to Manchester United 2-0 in Stockholm. Captain Davy Klaassen has also left, along with coach Peter Bosz.

Sanchez, a tall and quick defender, made his debut for Colombia in November and has made two appearances for his national team.

Tottenham's previous record fee was £30 million for Moussa Sissoko in 2016.