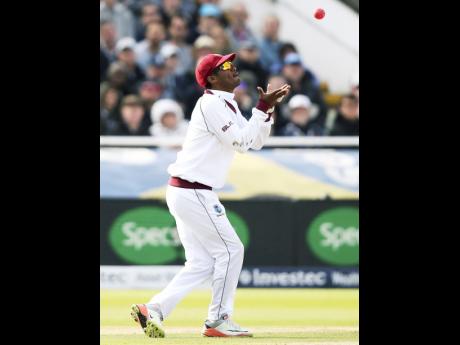 West Indies part-time off-spinner Kraigg Brathwaite has been reported to the International Cricket Council (ICC) for having a suspect bowling action, following the Caribbean side's humbling innings and 209-run defeat at Edgbaston on Saturday.

The Barbadian, the team vice-captain and first-choice opener, sent down six overs during England's first innings of 514 for eight declared, finishing wicket-less.

The ICC said yesterday that the match officials report "cited concerns about the legality of the 24-year-old's bowling action".

According to ICC regulations, Brathwaite will now be required to undergo testing within 14 days, but will be allowed to continue bowling until the test results are returned.

Brathwaite has rarely had a heavy workload in his 38 Tests, but has a best of six for 29 against Sri Lanka in Colombo two years ago.