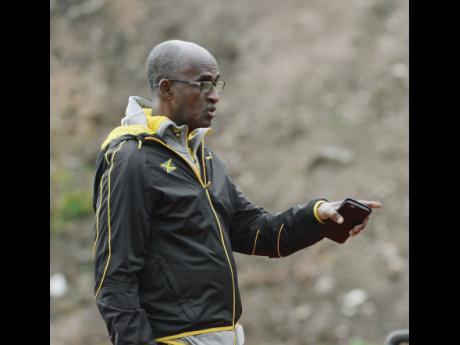 In response to a Foster's Fairplay column in which attempts were being made to establish certain principled positions, a reader made a startling revelation. According to him, Third-World countries like Jamaica are forced to accept the unacceptable, whenever matters like conflict of interest are identified. He explained by saying that there is just not enough qualified and suitable personnel to satisfy that maxim. Having rejected the thought back then, second thoughts are being afforded it now. Where is this conversation heading?

Arising out of the recent World Championships in London, is the question of club against country. Technical director Donald Quarrie was caught on television agonising about decisions by an athlete's camp or private coach in opposition to those coming from one selected to represent the country. The situation is nothing new and as in previous times, a particular outfit, the MVP Track Club, has been fingered. In the dialogue since, varied voices have been heard in strong condemnation of the head coach, Stephen Francis, who, one is sure, is only doing what he feels he must do in support of the athletes under his care. Yet, if truth be told, it leads to disruption and disharmony among team members and coaches assigned to the team. This should not be allowed to continue.

The question has arisen that Quarrie should not have brought the stand-off to public attention. A member of the coaching staff appointed by the Jamaica Athletics Administrative Association (JAAA), Paul Francis, who doubles as a part of the MVP hierarchy, attacked the former Olympic gold medallist to this effect. Whether Francis was right or wrong in bashing Quarrie for his disclosure, he seems to have forgotten that he, too, was guilty of the same act when he criticised Quarrie in the media.

All that said, how can the dilemma of interference by private coaches in team-selection affairs be averted in the future? Whatever is decided, it is likely to have opposition, so it must start with a strong JAAA and a leader who is not afraid of adverse comments when the rules are laid out.

The first thought coming to Foster's Fairplay in addressing the matter, is that coaches who are affiliated to private clubs should not be assigned to national teams. However, that would create a dilemma, as it would rule out a large percentage of those who are perennially named in that capacity. At least three were named for duty in London. They are the most experienced that are available. Without their presence, the country would be bereft of the knowledge which these senior coaches bring to the table.

It seems then that it is necessary to forget about the conflict of interest and name coaches who, regardless of their having private interests, are best able to hold to the ethics that the JAAA should mandate. There will be the inevitable attempts to subvert the process coming from others not so named, but these can be handled. If the JAAA finds it impossible to limit the agenda-seeking activities of private coaches, there is something it can do. A case can be made to the International Association of Athletic Associations (IAAF) to give limited accreditation to these errant coaches, so they would be unable to access the space to carry on the activities which are deemed to be a problem to the national team.

With this in mind, the team coaches should be closely monitored as they, too, will have private interests. This is where strong JAAA leadership is crucial. Otherwise, it would be a case of trying to avoid one problem and riding headlong into another. Team managers, traditionally reluctant to delve in technical matters, will be forced to play a more intrusive role. They will need to foresee the likely scenario and institute measures to alleviate, before it comes to any heated dispute between the parties concerned. After all, there have been enough past episodes of discontent to guide any pre-emptive action.

The JAAA needs to act, and decisively, so to avoid any continuation of what their technical director has finally brought under the microscope.

It has been far too long in coming but, as the saying goes, "better late than never."