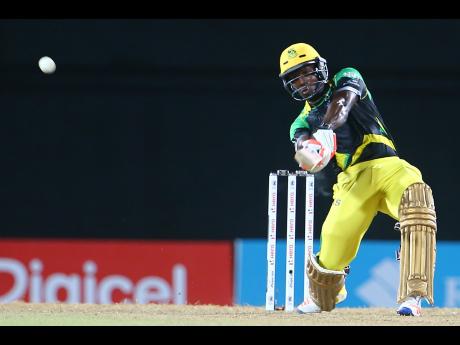 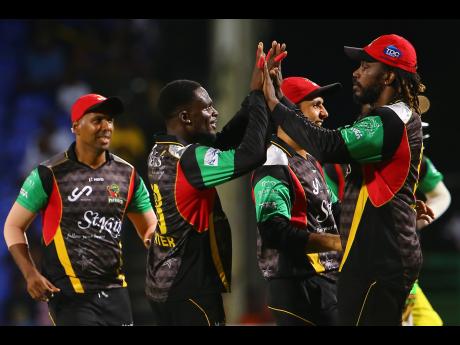 Gayle stroked an unbeaten 71 off 55 deliveries, while Lewis got 69 off 39 balls in a Man-of-the-Match effort as the hosts mustered 208 for three off their 20 overs - the highest total of this year's campaign.

Mohammad Nabi and Carlos Brathwaite chipped in with cameos, the Afghan blasting 29 off 12 balls and the Windies Twenty20 captain belting 26 from 13 deliveries.

In reply, Tallawahs made a good fist of the run chase, managing to end on 171 for seven off their allotted 20 overs.

Opener Trevon Griffith top-scored with 42 while opening partner Glenn Phillips and all-rounder Rovman Powell both chimed in with 31, but the target proved outside their reach.

Left-arm spinner Tabraiz Shamsi was the best bowler with three for 35.

Sent in at Warner Park, Patriots were given a fine start by the left-handed pair of Gayle and Lewis who put on 110 off 75 balls.

Gayle counted four fours and four sixes as he marked his second half-century of the season and went past 200 runs.

Lewis, meanwhile, struck five fours and six sixes, as he, too, passed 200 runs for the campaign with his second half-century.

He was moving into high gear when he skied a heave at seamer Odean Smith and was caught by the wicketkeeper in the 13th over.

Brathwaite then arrived to add 41 off 24 balls for the second wicket courtesy of a pair of fours and sixes, before Nabi pitched in with a four and three sixes in posting a further 50 for the third wicket also with Gayle.

In reply, Tallawahs were carried by openers Griffith and Phillips, who put on 64 off 53 balls for the first wicket to lay the foundation for the run chase.

While Griffith smashed four fours and two sixes in a 36-ball knock, New Zealander Phillips punched two fours and a six off 27 deliveries.

Griffith's demise - caught at mid-off off a Jonathan Carter full toss - triggered a collapse where five wickets tumbled for 46 runs to leave Tallawahs struggling on 110 for five in the 15th over.

Requiring a virtual miracle at this stage, Tallawahs were energised by a 39-run, sixth wicket partnership off 21 balls between Powell and McCarthy but it fell far short of what was required.