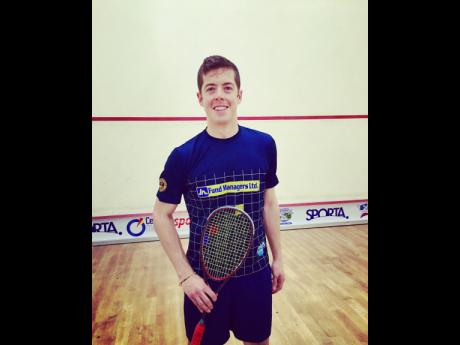 Jamaica's men finished second after losing 3-2 to Guyana in the finals of the team competition of the 2017 Caribbean Area Squash Association's (CASA) Senior Championships which wrapped up over the weekend in Kingstown, St Vincent and the Grenadines.

With the team facing elimination, it was up to eight-time Caribbean men's champion Chris Binnie to sort the situation out. Binnie trounced longtime rival and fellow professional player, Sunil Seth, 11-7, 11-1, 11-6 and pulled Jamaica back into contention. Following that, experienced campaigner, Bruce Burrowes beat Alex Arjoon, 11-7, 11-7, 3-11, 11-1, to even up the score.

However, Guyana then fielded former Caribbean Champion, Richard Chin, and while Julian Morrison put up a good fight, Chin prevailed 11-9, 12-10, 11-6 and Guyana won the title.

The second-place finish puts Jamaica in a good position to qualify for the 2018 Central American and Caribbean Games scheduled for August 3-19, 2018 in Barranquilla, Colombia. It also capped off a solid showing for Jamaica on the regional squash stage, as earlier in the week Binnie won his eighth regional title.

"On a whole, we have had a great week of squash with our men's team placing second and Chris Binnie winning the men's competition for the eighth time," said Chris Hind, president of the Jamaica Squash Association.

"This year we had some of our best junior players making the transition to the senior team and so they're still adjusting to the pressure of high level competition, but we are encouraged by the performance overall, and we're looking forward to positive things in the future," he added.