Jon Marshall is too light to lose 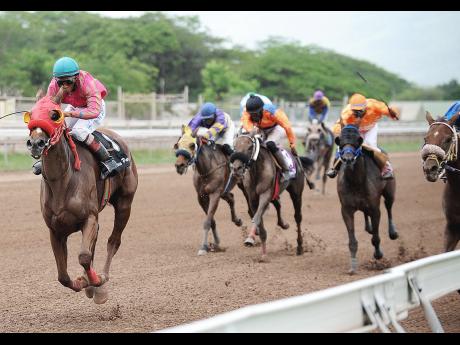 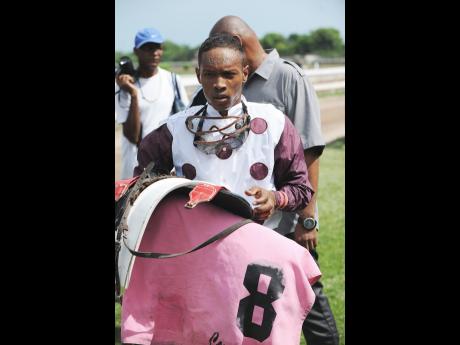 Newcomer FLASHAWAY is not too heavy, at 54kg, to capture tomorrow's opening race of the Sunrise-6.

Five will face the starter for this two-year-old event with Dennis Lee, trainer of the selection, also saddling BULA. Four of the five will carry under 51kg.

FLASHAWAY has not been impressive on the exercise track going into tomorrow's race, but his breeding suggests that he should be a bit better than this moderate group. His dam, Bonnie's Victory, is by Victory Gallop, the horse who denied Real Quiet the American Triple Crown in 1998, while Traditional has sired numerous local winners.

Race Two will be a 1700 metres test of stamina for the eight starters, and the one best equipped to pull off a victory is COUNTER ATTACK. Trained by Robert Darby Sr, COUNTER ATTACK was a big disappointment when going off a highly fancied 3-1 on August 7.

A look through his form lines would suggest, however, that COUNTER ATTACK reserves his best efforts for races starting out of the chute and will be coming at his rivals in the final 200 metres. The last time he competed at this $250,000 claiming level (April 29), COUNTER ATTACK scored a five-length win going 1600 metres and will prove too strong for BATIDOR DE MUNDO and MONEYNEVERSLEEP.

The lightly raced REGAL PROSPECTOR is all set to get off the mark in the third race for three-year-old maidens over 1600 metres. The Cowtown Cat-Royal Sen colt stayed on very well behind A.P.I. last Wednesday in a 1300m event and should win from UNCLE FREDDIE.

JON MARSHALL is a handicap certainty in Race Four. A consistent performer over various distances, the four-year-old gelding gets a welcome ease in the weights and is now light enough to take control of the race from the gates.

CLEARLY OURS, seeking a fourth win from her last five starts, has been handed a gift in Race Five. The seven-year-old mare is six pounds lighter than the 121lb she carried when beating this claiming level on Emancipation Day, and apprentice Mellisa Ward will have little difficulty in steering home what should be a very warm favourite.

The United States-bred colt LEGENDARY U (57kg) will have to be something very special to get the better of ALACHI in the sixth. Trained by Joseph Thomas, LEGENDARY U has been scorching the exercise track with a number of 'bullet works', including a 34.3 for three furlongs last Saturday.

MALACHI, however, comes back a winner without a penalty after he was disqualified after passing the post first over 1100m on July 15. That winning time was 1:06.2 (with 120lb), and now, MALACHI is 9lbs lighter.