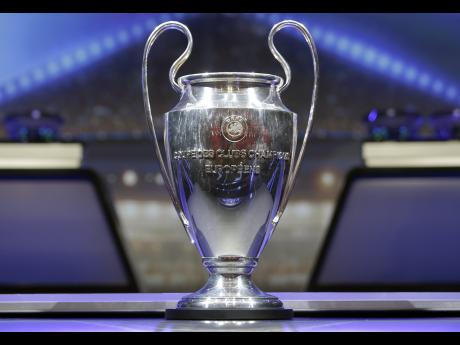 Tottenham, who should face their former star Gareth Bale with Madrid, was arguably the unluckiest of the record five English sides.

Manchester United and Liverpool received favourable draws in the groups which begin play on September 12. The top two in each of the eight groups advance to the knockout rounds.

United return after a one-year absence to play top-seeded Benfica which they beat at Wembley to win the first of their three European titles in 1968 Basel, and CSKA Moscow.

Barcelona, who were in the second-seeded pot, landed with Juventus a rematch of the 2015 final won 3-1 by the Spanish giants - Olympiakos and Sporting Lisbon.

Chelsea, the last English team to win in 2012, are grouped with Atletico Madrid, Roma, and Azerbaijani newcomers Qarabag.

The other newcomers, Leipzig, are in a balanced group with top-seeded Monaco, Porto, and Besiktas.

Shakhtar Donetsk head another strong group with Manchester City, Napoli, and Feyenoord. Shakhtar continue to play home games away from Donetsk, which is at the centre of conflict between Ukraine government forces and pro-Russian separatists.