Pearson back on top after Italian nightmare 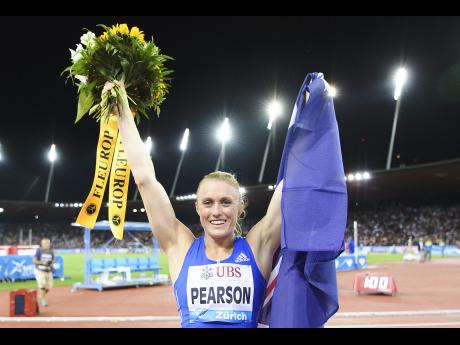 A little over a year after breaking her wrist, Australian sprint hurdler Sally Pearson spent the first day of the 2016 Olympic Games' track and field schedule training herself back home.

She had spent quite some time convincing herself to continue her career after breaking 12 bones and suffering one dislocation - this after a torn calf muscle sent her crashing to the floor at the Rome Diamond League in 2015.

One year since her self-training began, Pearson, who stormed back to the top of the podium in the 100m hurdles at the World Championships in London a couple of weeks ago, put that Italian nightmare to bed on Thursday night with a victory on the very circuit where she suffered that ugly, career-threatening injury two years ago.

The 2017 season of the Diamond League came to a boil for her at the Weltklasse Zurich Diamond League meet, with the veteran hurdler adding the Diamond Race trophy to her cabinet with a close 12.55 win over Sharika Nelvis, who ran the same time in an exciting finish at the Letzigrund Stadium. Christina Manning was next best with 12.67 seconds.

Looking back at her World Championships win, Pearson, while admitting that it was a long way back for her after her setbacks, said she backed her experience as a winner and her resilience to push her through even at times when she considered giving up.

NOT AFRAID TO LOSE

"I think that not being afraid to lose is a good way to think because I am certainly not, and I have lost a fair share of races in my career, especially when I should be beating people, but at the same time for me, I know how to run myself into shape, and even though having so many injuries is devastating and immensely tough ... you have to take that time to grieve," said Pearson.

"You cry, you are upset, you are angry, but that time passes and you get through it, and you either come out excited and wanting to get back into it or you don't, and I knew that deep down, if I could get back mentally and physically, I knew that I could be the best in the world again; I knew I could be, that's what kept me going and that's what dragged me to the World Championships," Pearson noted.

"I knew I had a chance even though I was lined up next to the world record holder I knew that I was in with a chance. I knew what I was capable of doing. It's all about who can do it the best on the day. Could these other people next to me. Do they know how to win as much as I do?" Pearson continued.

She added that she will now turn her attention to next year's Commonwealth Games which will be staged in her country even if she is not sure if she will be focussing on just the 100m hurdles or if she will be adding the 100m as well.