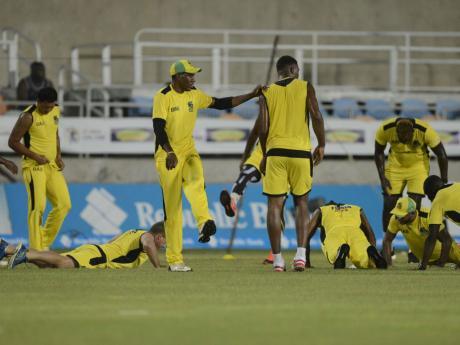 The Jamaica Tallawahs have made one change to their starting eleven for the Hero
Motorcorp Caribbean Premier League clash against leaders Trinbago Knight Riders
at Sabina Park tonight.

The Tallawahs, who have won the toss and elected to bowl first, are seeking their
sixth win in eight matches.

They are also a point away from qualifying for the play-off stages of the
tournament after defeating the St Lucia Stars by six wickets at the same venue on
Friday.

Trinbago, in the meantime, who has qualified for the playoffs, has also made one
change to their starting line-up, which defeated the St Kitts and Nevis Patriots in their
last encounter.

The Knight Riders enter the contest with a record of seven wins and one loss from
eight games.