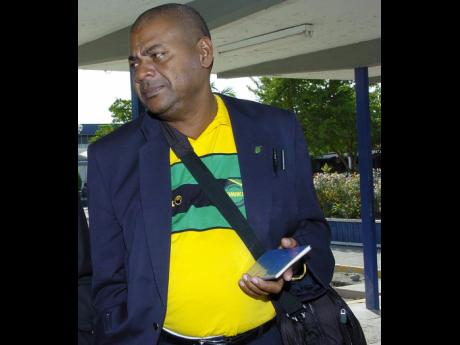 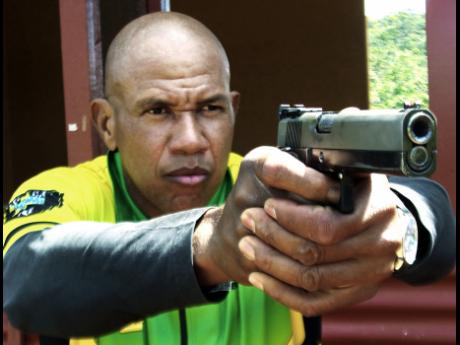 If there were any doubts that Orville Henriques was the best among those who compete week in, week out on the shooting circuit locally, those were dispelled with the manner of his triumph in the Flaming Hot August shoot fest held at the Manchester Rifle and Pistol Club range in Lincoln.

Henriques outclassed a crack field of the best local exponents currently to gain the top spot by 50 points on a gruelling eight-stage format.

He has generally dominated matches here on home turf, but he did not have his own way - at least on the first three stages. In fact, it was Henry and Jones who hogged the spotlight for the first three stages, copping first and second, respectively. Henriques stayed in the hunt ,maintaining third place, before he pounced on Stage Four ahead of a surprise Gary Foster, with Owen Campbell pushing Jones down to fourth.

Henriques then got into winning stride, taking the next four stages with Lyle Swaby and Alwin Amore chipping in to keep the previous early leaders further at bay.

Pro Hardware and Generation United, who had title ambitions in the preliminary round, were sent crashing in the quarter-finals of the Top Notch Blocks Summer Football League in Knockpatrick, Mandeville.

Pro Hardware, who won five straight games in the preliminaries, lost their first game, going down 4-2 to Madrid, who have now made it to the semi-finals. Generation United, whose foreign import, Philemon Haughton, scored a hat-trick in their final preliminary game, went down without a fight, losing 2-0 to Providence.

The semi-finals will be on tomorrow at the Sunset playfield. At 2 p.m., United All Stars take on Madrid, while at 4 p.m., it will be Belair Boys against Providence.

The 2017 final of the George's Valley Corner League turned out to be a one-sided affair as Central One embarrassed Samacan Youths, 6-0, at the deCarteret College ground.

Kemar Green, who was later accorded the top goalscorer award, knocked in an amazing five of the six goals. He finished with 21 goals in the competition.

For their triumph, Central United pocketed $60,000 and the champions trophy, courtesy of ACK Party Supplies. Samacan collected $40,000 and a trophy.

Third- and fourth-place finishers were also attractively rewarded, with Mayor of Mandeville Donovan Mitchell providing sponsorship of $30,000, and Councillor Mario Mitchell making a contribution of $20,000 and a trophy.

Green, who was both the top scorer and the MVP of the finals, collected $5,000 for each of the awards. His teammate Jomel Sterling also pocketed the same amount for being adjudged top goalkeeper.

The Manchester Football Awards ceremony for the 2016-17 season will be hosted at the Golf View Hotel on Tuesday, September 5. Start time is 6:30 p.m.

Porus, who won the Manchester Major League; Ricam, who topped the knockout, as well as the Under-17 competition; Los Perfectos, who copped the Division One title; May Day, who triumphed in the Under-15; Stars Academy, winners of the Under-13; and Holmwood Strikers, who secured the Under-20 women's league, will all be fÍted and given customary cash awards.

Morgan's Pass easily won the 2017 Clarendon Division One title after brushing aside Longsville Park in the final game last weekend.

Deshawn Campbell was the hero, setting up the win with two first-half goals scored in the 20th and 26th minutes of play. Shannon Hoggart then sealed the win with an easy run-on goal in the 87th minute after Longsville Park committed every player into attack.

Despite the loss, Longsville will join the Division One champions in the Major League next year as per qualification rules.

Defending champions Connection will meet Tuff Gong in the final of the 2017 Western Union-sponsored Porus Under-15 Football League at the Porus Community Centre.

The final game is scheduled for 3:30 p.m., but there will be a third-place play-off featuring Sporting Academy and Galaxy. The official presentation will follow the final.

In the semi-finals played on Thursday, Tuff Gong prevailed over Sporting, 4-3, on penalties after they were 3-3 at the end of regulation time. The champions had no such worry, edging Galaxy 2-1.

Interestingly, both finalists were runners-up in their respective preliminary-round groups.

Lamar Walker scored to give Portmore United a 1-0 win and the title in the final of the Pines Imaging Centre-sponsored Portmore Under-17 Football League at the Passsagefort field last Sunday.

Portmore's road to the final wasn't easy as they had to stave off a big challenge from Independence City in the semi-final, where they won 4-1 on penalties after they were locked 2-2 with their opponents after regulation and extra time. Racing reached a rare final after they upset former champs Edgewater 1-0 in the other semi-final.

Greater Portmore and Heartease of St Thomas will play-off for third place at 10 a.m.

In semi-final action, Old Harbour lifted by Ronville Brown (72), made 193-3 and defeated arch-rivals Greater Portmore by 30 runs while Junction/Bull Savannah whipped Heartease by seven wickets. Heartease were restricted to 117 for eight from 20 overs before Junction raced to 120-3 with some five overs to spare.