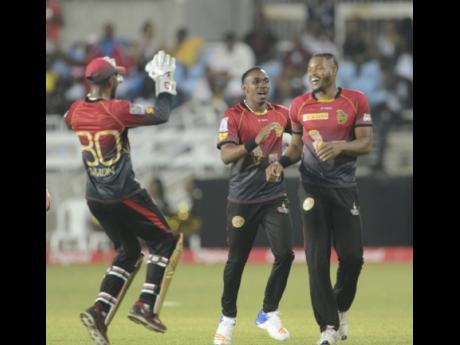 The Jamaica Tallawahs will have to wait at least another game to see if they will advance to the playoffs of the Hero Motorcorp Caribbean Premiere League Twenty20 after going down by 35 runs to the top-of-the-table team, Trinbago Knight Riders at Sabina Park.

Set a daunting 209 runs to win, the Jamaica Tallawahs were held to 173 for seven off their 20 overs, much to the disappointment of a good hometown crowd.

Captain Kumar Sangakkara with 53 runs off 36 balls led the way for the Tallawahs, who had got off to a horrid start when opener, South African Glenn Phillips,  was dismissed stumped off the first ball of the innings.

Earlier, the victors were propelled to 208 for six on the back of a shot-filled 91 from Brendon McCallum, and 42 from Collin Munro. 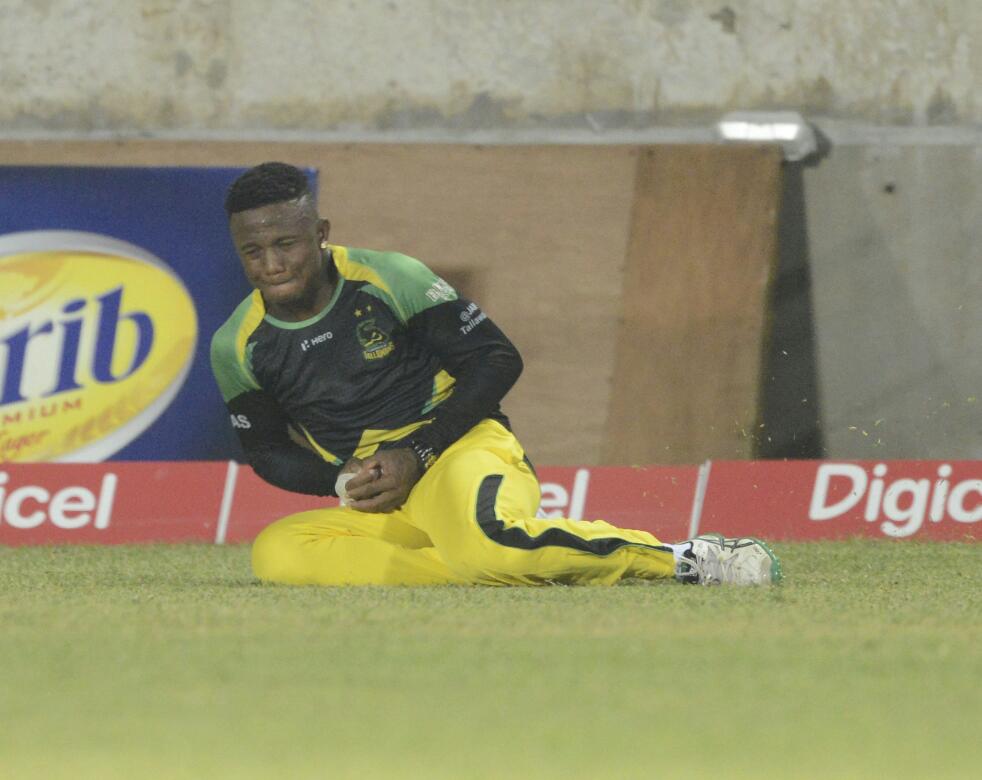 ​IN PHOTO: Andre McCathy of takes a catch to dismiss Darren Bravo for 28 runs

The victory secured a semi-final berth for the Knight Riders, who now have eight wins and a loss, while the Tallawahs with five wins and three defeats, still need a win to secure a play-off spot.

Jamaica will next play the Chris Gayle-led St Kitts and Nevis Patriots on Wednesday before closing out the preliminary round against Guyana Amazon Warriors on Friday.

Both games will be played at Sabina Park at 4pm and 8pm, respectively.