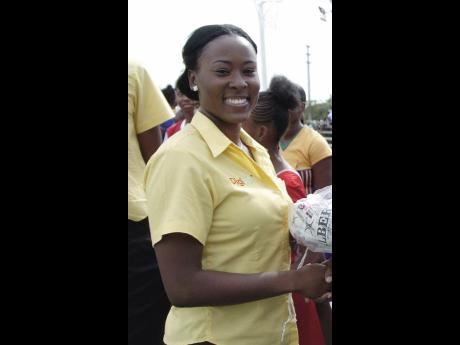 Interim national netball coach Sasher-Gaye Henry is confident that the Sunshine Girls will do well at this year's Caribbean Championships and Fast5 World Netball Series despite the fact that both tournaments will be held in the same month.

The Caribbean Championships, which was scheduled for this month, was postponed and will now be held from October 8-16 in St Lucia, while the Fast5 World Netball Series is set for October 28-29 in Melbourne, Australia.

Henry told The Gleaner that it would be tough for the Sunshine Girls but she expected them to give of their best.

"We are very positive ahead of both tournaments, but we are really looking forward to the Caribbean tournament. That's the first one, and they are all focused and ready to go," said Henry.

Henry and Marvette Anderson were recently appointed interim coaches of the Sunshine Girls following the resignation of Jermaine Allison-McCracken on July 31.

"It is a bit of a challenge right now with two tournaments in the same month, but all the girls are in the same squad because we don't have a separation in terms of Fast5 training and Caribbean tournament," Henry said.

Henry, a former national player, added that the Sunshine Girls had been training hard and everyone was very focused on doing their best for the country.

"We have already spoken to the girls, and we have told them what they need to do, and so we are all working together to have two successful tours," Henry added.

The Sunshine Girls, who are ranked fourth in the world, played out a 1-1 draw with Barbados in their last competitive series in April.