'We need more training facilities in the west' 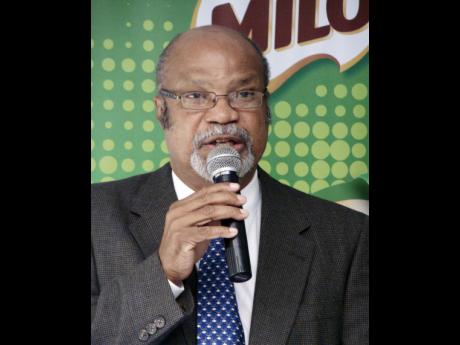 Raymond 'Ray' Harvey, the meet director and chairman of the organising committee of the annual Milo Western Relays, says western Jamaica is badly in need of suitable training facilities to boost the growth and development of track and field in the region.

According to Harvey, the region has enough land space, especially at the various high schools, but there is an urgent need to find benevolent persons who are willing to help develop the lands into suitable playing facilities.

While Harvey has no difficulty with athletes training on dirt and grass tracks, he still believes that when it comes to competition, track meets should take place on synthetic type tracks.

"Grass is suitable for training," said Harvey. "However, I believe every week or two, we should have a track meet, where the athletes compete on a track like the Montego Bay Sports Complex."

While acknowledging that proper conditions help to boost the development of athletes, Harvey nonetheless dismissed the notion that the development of western track and field would be more advanced if the region's athletes were allowed to train on the artificial track at the Montego Bay Sports Complex.

"Why does the University of Technology (UTech)/MVP Track Club, the most successful facility anywhere, still have a grass track?" asked Harvey. "It (the Montego Bay Sports Complex) was never designed to be a training track and if it becomes a training track, the useful life is probably going to be just one or two years."

When quizzed as to why there were so few major meets in the western region, Harvey admitted that the cost associated with staging these events was a prohibitive factor. However, he suggested that smaller meets, less costly track meets, lasting two or three hours, could serve to provide opportunities for the athletes while developing the sport.

"I believe people must put on more meets. in fact, we should have a meet every week," said Harvey. "We have to find a way to put on the meets if we are serious about development," he added.