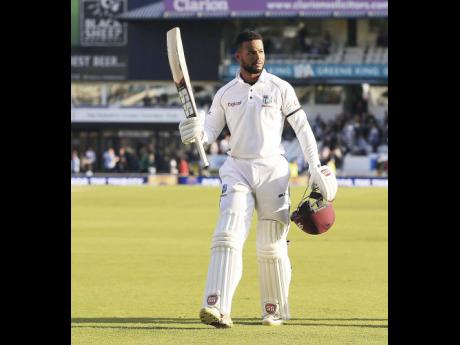 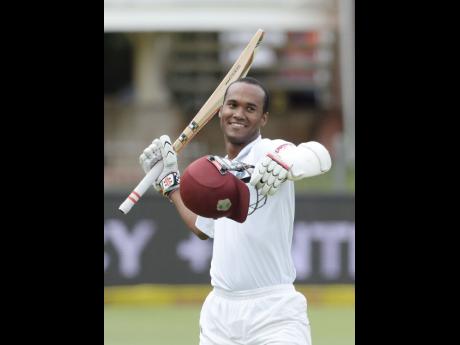 Kraigg Brathwaite and Shai Hope have made career-best moves up the ICC Test ranking following their memorable batting in the second Test against England which West Indies won by five wickets on Tuesday at Headingley.

Brathwaite and Hope defied the odds and the form book to lead the West Indies batting in the Headingley Test and help them successfully chase 322 in an unforgettable victory.

They both gained massively in the latest ranking that also took into account the opening Test in Dhaka, which saw Bangladesh pull off a 20-run win over Australia on Wednesday.

Opener Brathwaite has risen 14 slots to 16th position after his innings of 134 and 95 in the second Test of the three-match series.

Hope's knocks of 147 and 118 not out, the first pair of hundreds in any first-class game at Headingley, have helped him secure a massive gain of 60 places to reach 42nd position.

Windies captain Jason Holder has gained in both batting (up four places to 57th) and bowling (up two places to 37th) rankings, while pace bowler Shannon Gabriel has gained two slots to reach 18th position after taking six wickets in the match.

The world's top batsman, according to the rankings, is Australia's Steve Smith, while the top-ranked bowler is India's Ravindra Jadeja.