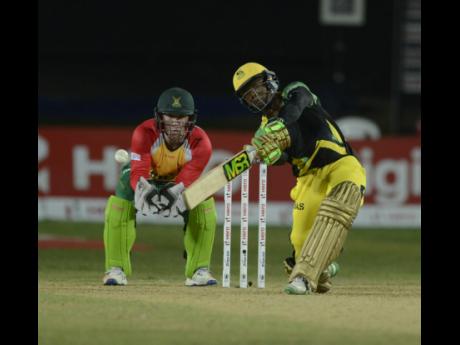 The Jamaica Tallawahs have set the Guyana Amazon Warriors a modest 150 for victory in the Hero Motorcorp Caribbean Premier League clash at Sabina Park.

Winning the toss and electing to bat on a slightly damp pitch, the Tallawahs made 149 for seven with Andre McCarthy, 44, and captain Kumar Sangakkara, 39, leading the way.

The in-form McCarthy, slammed three sixes and four fours in his knock off 35 balls, while Sangakkara, made 31 off 39, including a six and two fours.

All-rounder Rovman Powell with a run-a-ball 16, and out-of-form opener Lendl Simmons, 15 runs off 15 balls, were the next best scorers.

Pakistan fast bowler Sohail Tanvir two for 27 and captain Ryad Emrit, two for 29, led the way for the Warriors, who face a virtual must-win situation if they are to advance to the playoffs.

Jamaica along with leaders Trinbago Knight Riders and St Kitts and Nevis Patriots are already through to the four-team scheduled playoffs.