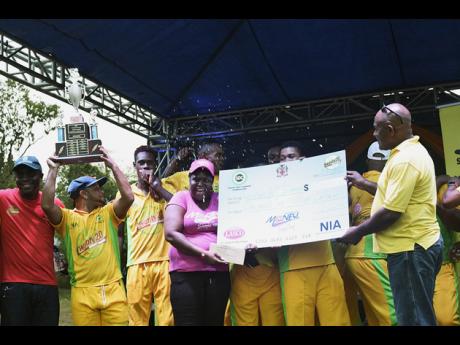 The winners, who were lifting the title for a fifth time, walked away with a $1.2-million cash prize, courtesy of main sponsor LASCO Money, while Old Harbour pocketed $600,000. Greater Portmore defeated Heartease by 40 runs to claim third place and $300,000.

The St Elizabeth-based Junction Bull Savannah were led to victory by a fine all-round performance by Man of the Match Powell who also took one wicket for 33. His 59 included three fours and five sixes.

"The game plan was to put the Old Harbour team in to bat and try to restrict them to around 180 as we know what our team can do in the batting department. However, Old Harbour came out firing and Powell and Smith gave them a big lift and they were able to post a very competitive total, but we did not panic. we came out knowing the target and we went about it in an aggressive but controlled manner," said captain Troy Powell.