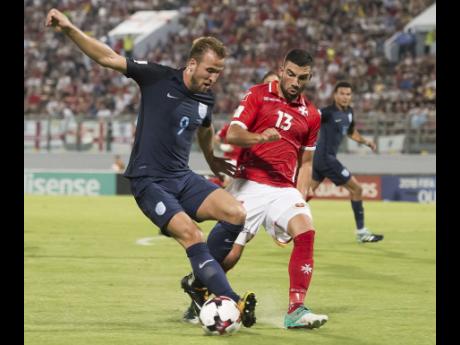 Putting his latest August goal drought behind him, Harry Kane scored twice for England in a 4-0 win over Malta that pushed his team closer to qualification for the 2018 World Cup yesterday.

The striker failed to score in all three of Tottenham's Premier League games in August, extending his dry run in that month to 12 matches for the club in total.

Kane got off the mark for this season, scoring the first and last of England's four second-half goals against the world's 190th-ranked team in Group F of European qualifying.

"Didn't like August anyway!" Kane, the top scorer for the past two seasons in the Premier League, wrote in a lighthearted comment on Twitter soon after the match.

England's build-up play was ponderous and only improved once Manchester United forward Marcus Rashford came on as a halftime substitute to inject some directness in the visitors' play.

The English are unbeaten in qualifying with three games left, having won five and drawn two. They stayed two points clear of Slovakia, who beat Slovenia 1-0 at home to boost their chances of at least securing a spot in the play-offs for the eight best second-place finishers.