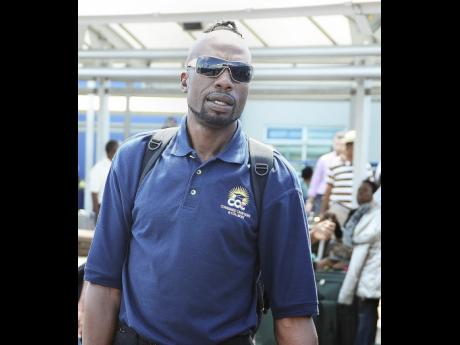 Sir Curtly was scathing in his criticism of the Windies following the heading innings defeat in the first Test, which he witnessed first hand. The visitors, however, hit back in the second contest when they chased down 322 on the final day to win by five wickets in one of the greatest matches in Test history.

Writing in the Daily Mail newspaper in England, Sir Curtly said: "I would like to begin by congratulating West Indies on their amazing win in the second Test at Headingley. They played very well and deserved their victory."

Sir Curtly is one of the greatest fast bowlers in cricket history. He took 405 wickets in 98 Test matches. He is famous for several top-class bowling performances, including a match-winning eight-wicket haul against England in Barbados in 1990.

The West Indies heroes in Leeds were young batsmen Shai Hope and Kraigg Brathwaite - two players Sir Curtly worked with while he was Windies coach between 2015 and 2016.

Hope scored 147 and 118 not out to be named Man-of-the-Match and to become the first batsman to score two centuries in a first-class match at Headingley.

Brathwaite, meanwhile, scored 134 in a first innings partnership of 246. He added 95 in the second innings.

Ambrose praised both saying: "Shai Hope has, I believe, always been a talented player, so well done to him for becoming the first to score two hundreds in a game at Headingley. But he must build on this. It is only the start of his career. If he wants to, he can become a great batsman for West Indies."