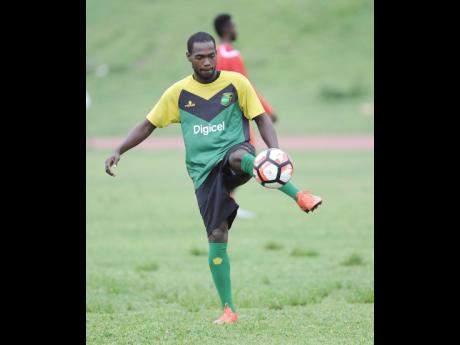 Jamaica's Reggae Boyz will look to continue their recent good run of form against Canada when they play the North Americans in an international friendly at the BMO Field in Toronto today at 6 p.m. Jamaica time.

The Theodore Whitmore-coached team defeated Canada 2-1 in their CONCACAF Gold Cup quarter-final match back in July and they have beaten their opponents five times in their last eight meetings, with only two defeats coming their way in that time, so based on recent results the Jamaicans will start favourites.

However, in 20 meetings between the teams starting back in 1985, the Canadians have won eight times compare to Jamaica six, while six of the matches ended in stalemates.

The Reggae Boyz will travel with the bulk of the squad that helped them to their second successive Gold Cup final in June. However a number of new players have been given the opportunity to impress the coaching staff and give themselves a chance to become regular members of the squad in the future.

Boys' Town midfielder Jameil Hardware justified calls for his selection recently when he turned in a good performance and scored in the team's 2-1 victory over Trinidad and Tobago last week, and he will be looking for another good display to further cement his place in the squad.

There has also been widespread calls for Arnett Gardens attacker Vishunal Harris to be in the starting team and he will also want to impress Whitmore and his staff while Marvin Morgan Jr will look to build on his performance against Trinidad in the last outing.

US-based players Dane Kelly of Reno1868 and Devon Williams of Louisville City, who have been overlooked for sometime have been drafted to the squad for the game and they will be hoping to make the most of the opportunity and put themselves in the fray to become national team regulars..

NOTE: Today's Canada vs Jamaica international friendly will be shown live on TVJSN at 6 p.m.