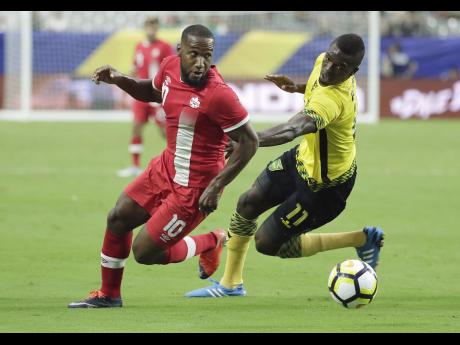 Jamaica's Reggae Boyz are trailing Canada 2-0 at half time in their friendly international at the BMO Field in Toronto.

Anthony Jackson-Hamel gave the Canadians the lead in the 16th minute, when he calmly slotted home from close range from Junior Hoilett's cross.

Jonathan Osorio doubled the Canadians lead in the 30th minute when he evaded the Reggae Boyz' offside trap to fire home past Blake.

Ricardo Morris came close to pulling back for the Reggae Boyz a few minutes later, but his shot from 12 yards went wide of the target.

Romario Williams also had a good chance for the Jamaicans on the stroke of half time, but his point-blank effort was saved by Canada's goalkeeper
Jayson Leutwiler.
.