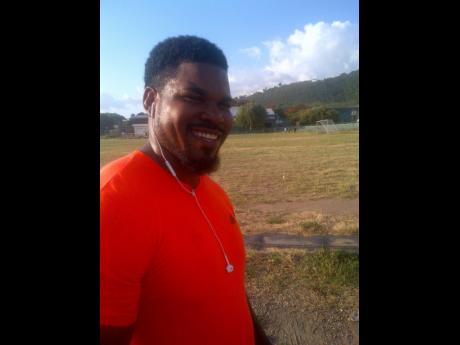 The 2017 track and field season is winding down, but Caniggia Raynor, holder of Jamaica's hammer throw record, is looking ahead.

Raynor has his sights set on the 2019 World Championships with next year's Commonwealth Games as his immediate goal. With that in mind, he has already put his big shoulders to the wheel.

His 2017 season ended early even though he won his event at the National Senior Championships with a Jamaica record of 70.93 metres. The former Kingston College and Bridgeport High thrower didn't reach the World Championship qualifying mark, but he isn't finished.

"I'm planning to stay as long as I have the sport to elevate to the next level," he said during a recent interview at Excelsior High School where he trains under the guidance of Michael Vassell.

The powerfully built Raynor was primarily a discus thrower in high school but made the move to the hammer in college at Johnson City Community College and Central Missouri University. He won the 2015 NCAA Division Two discus title for the latter institution and pushed his hammer personal best to 65.57m in 2015 to a Jamaica record of 70.91m at the National Senior Championships last year.

As a student of the sport, he was impressed by the Polish double domination of the hammer throw at the recent World Championships in London. The way Raynor sees it, the winners, Anita Wlodarczyk and Pawel Fajdek, have years of experience. "It takes 10 years to master this event," he surmised, "so they've got enough volume to excel, and they're basically just showcasing their talent."

In London, Wlodarczyk and Fajdek both won World titles for the third time.