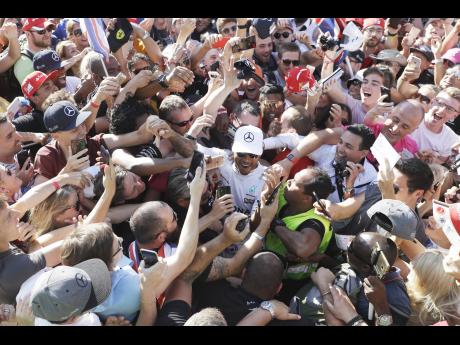 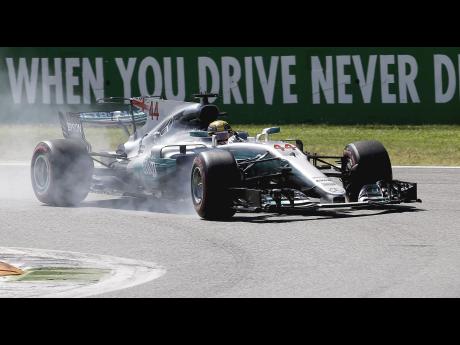 AP
Mercedes driver Lewis Hamilton of Britain steers his car during the first laps of the Italian Formula One Grand Prix, at the Monza racetrack in Italy yesterday. (AP Photo/Luca Bruno)
1
2

Lewis Hamilton's toughest test came when he was met with a chorus of whistles and boos atop the podium for the Italian Grand Prix yesterday.

The throng of red-clad fans who invaded the track had come hoping to see a Ferrari victory as the automaker celebrated its 70th anniversary.

"Some are more happy than others. You might have to just punch through this," former Formula One (F1) driver Martin Bundle, who was handling the podium interviews, told Hamilton as the crowd made its feelings known loud and clear.

"You know what?" Hamilton replied. "I love it here in Italy and I love the passion of the fans, particularly the Ferrari fans they are fantastic. This energy is like nowhere else we get to see, apart from maybe Silverstone. So I respect it and I appreciate it."

It was the perfect response to calm the crowd down and crown a perfect weekend for Hamilton, who eclipsed former Ferrari great Michael Schumacher's record for Formula One pole positions, with his 69th on Saturday.

Later, Hamilton went down into the crowd and was mobbed.

Hamilton finished nearly five seconds ahead of Bottas while Vettel came third, more than half a minute behind.

"It's obviously an incredibly exciting season and the last two races have been incredibly strong for us as a team," said Hamilton, who faced more of a challenge from Vettel in Belgium last weekend.

"Mercedes power is definitely better than Ferrari power," Hamilton said. "so it worked well this weekend."

After getting out of his car, Hamilton first greeted Bottas then jumped into a crowd of Mercedes team members.

"To get 1-2 here is incredible," Hamilton added later. "I know it's not easy for Ferrari fans to accept."

Vettel acknowledged that his result did not meet expectations.

After a brilliant start to the season, Vettel has now won just one of the last seven races. He also trails Hamilton in wins, six to four.