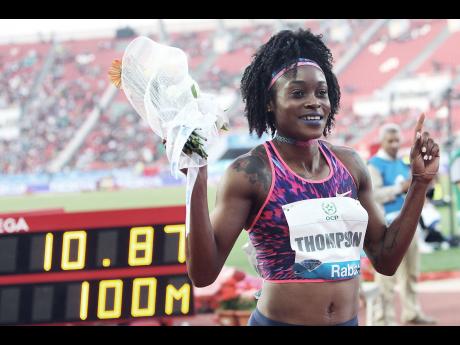 Elaine Thompson is the top earner from the just-concluded IAAF Diamond League. According to the Track Stats Internet website, the 24-year-old Thompson raced to a total Diamond League prize money of US$134,000 (approximately J$17.2 million). Thompson was the only Jamaican listed with earnings of over US$50,000 (J$6.4 million).

She won six Diamond League races, five at 100m and one at 200m to be the League's number one. She opened her campaign with a 200m win in Doha and clicked off 100m triumphs in Shanghai, Rabat, Paris, Birmingham, London and Brussels. Undefeated in the League in the shorter sprint, Thompson was third in the 200m at the Eugene Diamond League meet, and second in Zurich.