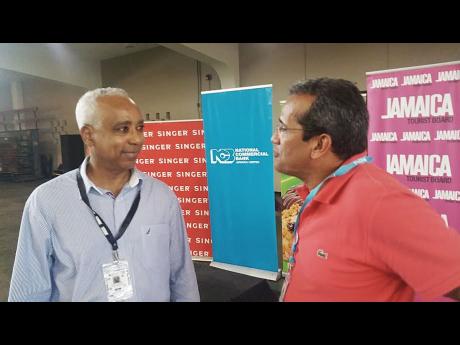 Having seen the level of play at the recent Mini-Cadet and Pre-Cadet Championships in Kingston, Teddy Matthews, president of the Caribbean Region Table Tennis Federation (CRTTF), is filled with optimism and believes the tournament augurs well for the future.

He says the CRTTF will ensure that international funding will be distributed to engender development. Matthews, however, is encouraging national table tennis association to seek development funds at home.

Speaking on the penultimate day of the tournament inside the National Arena, Matthews said, "It is exceptionally impressive, and I see that table tennis for the future, it augurs well for table tennis for the future in the Caribbean." He went to outline the rationale behind the tournament, saying, "One of the reasons for the Mini-Cadet and Pre-Cadet competitions is in essence to cause national associations to have programmes for the age of say seven or eight so they will start very young so by the time they're 10, 11, and if they're practising according to how we think they should be practising, they would have reached a particular standard which will propel them to higher levels by age 14, 15."

He says the CRTTF is trying to ensure that development programmes in the countries of the Caribbean are working.

"We have to ensure," he asserted, "that whatever funding that we could get from outside the region that he is equitably distributed in the region but more so, for those nations whose table tennis is so minuscule that we may have to increase whatever funding to support them."

"These are the things our national associations must explore to be able to fund some of their programmes," he recommended, "in addition to other funding agencies like the national lotteries authority if there is one."

"Of course," he concluded, once you appear to be serious, you can always get private sector funding as well."