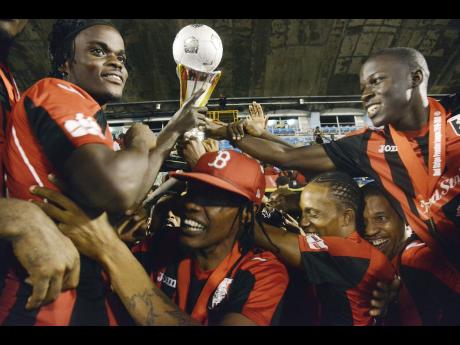 The Premier League Clubs Association (PLCA) is moving to resolve the problems which have forced the postponement of the start of the 2017-18 Red Stripe Premier League (RSPL) season.

The RSPL was set to start on September 3, but the Jamaica Football Federation (JFF) stepped in and delayed the kick-off . It (JFF) pointed to administrative failings on the part of the PLCA which needed urgent remedy. Among the items listed was the failure of the PLCA to deliver grants to Montego Bay United (MBU) equal to those received by other teams which participated in the 2016-17 season. The JFF also pointed to the more than $4 million owed to referees and other match officials for work done last season.

In a statement released by the PLCA yesterday, the body said that it is working with the JFF to reach what it described as an "amicable resolution" to these issues, to allow for the start of this season's RSPL.

The PLCA said it had 'advanced or forwarded to the JFF the entire outstanding sum due to the referees and their assessors after this sum was duly reconciled with the said referees/assessors.'

The association also said that it has written to the JFF making what it believes to be a 'fair and workable proposal' to resolve the grant to be paid to MBU. However, it declined to go into details about what was proposed.

"As a matter of principle, the PLCA cannot disclose the details of its proposal until it is discussed by the parties," the release said. The PLCA also asked the JFF to lift its postponement of the commencement of the RSPL so that the competition can start on Sunday, September 17, 2017.

Meanwhile, JFF presidential candidate Michael Ricketts said that the matter needs to be sorted out as quickly as possible as football is suffering as a result.

"It is extremely unfortunate," Ricketts said. "I am hoping that there's a speedy resolution to the issues preventing the start of the premiership."

Ricketts' presidential opponent, Ambassador Stewart Stephenson, however, refused to comment on the matter.