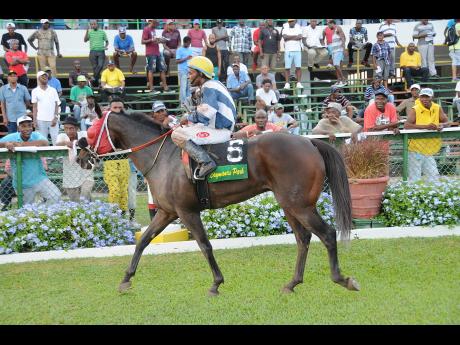 Lionel Rookwood
Jockey Aaron Chatrie abroad BRAWN in the winners' enclosure after the American-bred five-year-old gelding won the 25th running of the Nigel B. Nunes Memorial Cup at Caymanas Park last Saturday. BRAWN is owned by Michros and trained by Gary Subratie. 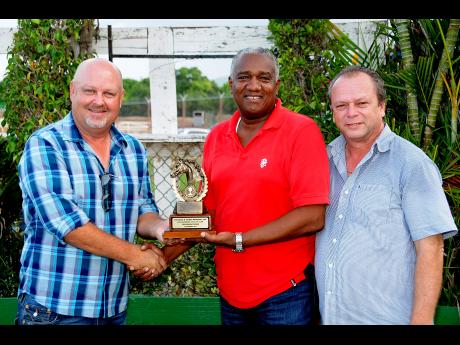 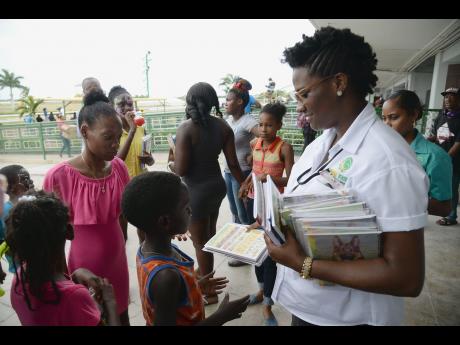 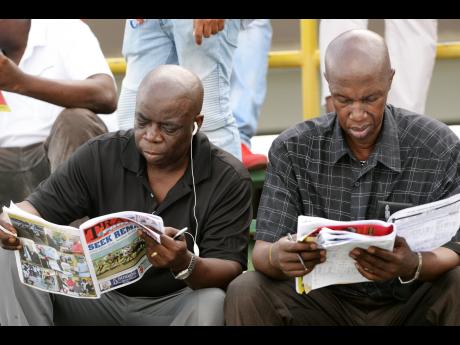 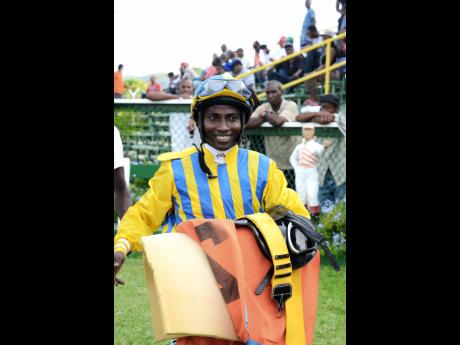 Gladstone Taylor
Wesley Henry ... will be aboard STRIKINGLYGORGEOUS.
1
2
3
4
5

Without exception, a full brother to this season's Triple Crown winner She's A Maneater, is all set to make a smashing two-year-old debut at Caymanas Park tomorrow.

The Natural Selection-Ahwhofah colt has been showing good speed on the exercise track, and if he has even three-quarters of the ability of his sister, then tomorrow's opening race of the Sunrise-6 should be an afternoon stroll for the Winston Kong-owned and bred and Wayne DaCosta-trained debutant.

Jockey Wesley Henry and trainer Anthony Nunes have struck up a good partnership in recent race days. API (twice), Nadeshico and Musketoon are four of the recent winners and the two appear set to land another one at a good price tomorrow. STRIKINGLYGORGEOUS was close to the pace in 23.0x46.3 splits in a 1300 metres race won by the rapidly improving API on August 16. Henry was aboard the winner, and he now rides STRIKINGLYGORGEOUS, who did an impressive 49.1 800m exercise run on August 26. With the distance reduced to 1200m STRIKINGLYGORGEOUS has a glorious chance to get off the mark in the maiden event.

Star claiming apprentice Anthony Thomas rode four winners last Saturday to bring his total for the season to 22. He can take it to 23 with a win aboard the very light DELIGHTFUL BRENDA in race three. The four-year-old filly ran on well to be fourth by two lengths to Wartime going 1500m on August 19. She is back with the same weight (112lb), and with the distance 100m longer, should power past rivals late.

Race four is a very knotty event but EDDIE'S PRINCESS who was beaten by Simply Outrageous in a fast run 1500m race (1:32.3) on August 19 is tipped to get the better of MIRABILIS.

Canada-bred ZEBRANO has done two bullet works over the straight in recent weeks and is now fully acclimatised and will not be beaten in race five, where American-bred FORCE DE JOUR is her main final. Trained by Nunes, ZEBRANO breezed 46.2x59.3 over the straight on August 2 and will be difficult to beat.

This is a much stronger field than the one she beat on August 19 but WARTIME is so light at 46kg, she must be given a strong chance to score back to back wins. With a lot of early speed present, WARTIME will be able to stay just behind the pace and make a decisive bid 200 metres out.