Frome building for the future 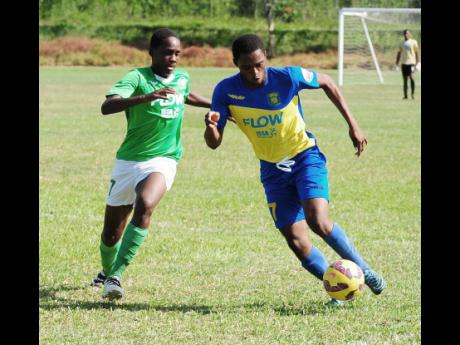 Head Coach of Frome Technical High School, Aaron 'Wild Boy' Lawrence, is looking to build his team into a force to be reckoned with in this year's ISSA-FLOW daCosta Cup campaign.

Frome has been a strong contender over the years in the ISSA/FLOW daCosta Cup competition and want to replicate the growth of football in the parish of Westmoreland. Lawrence, who is also the coach of recently promoted team to the Red Stripe Premier League, Sandals South Coast FC, is focused on moving the team forward and building a sustainable programme for years to come.

"This year we are not really looking at trying to win; we are more focused on building for the future with the youngsters that we have," Lawrence said. "This is my first year, so we are looking to build a programme that can sustain and last for a long time but if the championship come and we can win it, we will."

Lawrence highlighted that preparations have been good this year, pointing to a successful summer camp, while noting that the team is eagerly awaiting the start of the competition.

"The players have been responding well. The preseason was good, so we are just looking forward to the start come Monday," Lawrence said.

Lawrence said they assessed the squad, saw where they needed support, and as a result have made three additions to their squad, pointing out that the new players have joined their six form programme, with one player joining from as far as the Cayman Islands.

"We have brought in three youngsters,who we expect to come in and make a difference for us this upcoming season," Lawrence said.