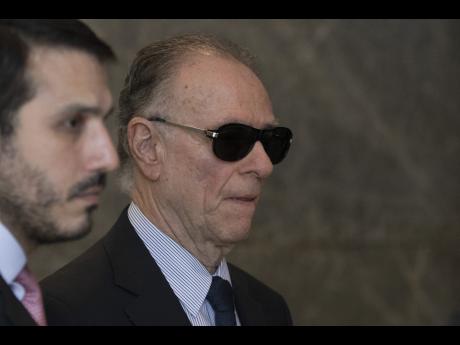 Senior International Olympic Committee (IOC) member Richard Pound yesterday urged the body to act decisively in the case of Carlos Nuzman, the IOC member who was held for police questioning this week in a vote-buying scheme to land last year's Rio Olympics.

The graft inquiry could overshadow the IOC meetings next week in Lima, Peru, where it will name Paris host of the 2024 Summer Olympics and Los Angeles as the 2028 venue.

Pound of Canada, the longest-serving IOC member, called the scandal surrounding Nuzman "a mess" and suggested that the Brazilian should be asked to give up his membership.

"We need some more teeth in this because we are taking hit after hit in the eyes of the world and we're not seen to be doing anything," Pound told The Associated Press. "In fact, we probably aren't doing much other than waiting to see if somebody else tells us that one of our members is offside - or several members are offside."

The IOC said earlier in the week that it was waiting to be "fully informed" before it acts on Nuzman's case. It did not reply to an email request Friday for an update on the case.

Nuzman was detained by police on Tuesday in Rio de Janeiro. French and Brazilian authorities say that he was a central figure in channeling $2 million to Lamine Diack through a Caribbean account held by his son, Papa Massata Diack.

The elder Diack is a former IOC member from Senegal who was a force in the IOC African bloc.

The widening case has also implicated four-time Olympic medallist Frank Fredericks. The former sprinter from Namibia has said that a US$300,000 payment he received via Diack's son on the day Rio won the vote was for legitimate consultancy work.

Fredericks, an IOC member, lost his place on an IOC inspection team to visit Paris and Los Angeles.

Fredericks has denied wrongdoing, and the IOC says it respects the principle of "presumption of innocence".

Pound said there were consistent reports that Nuzman was a poor leader of the Rio Olympics, which he said turned "into manure", with organisational problems and budget shortfalls.