I'm not a cheat! - Livermore claims ignorance of rules in anti-doping hearing 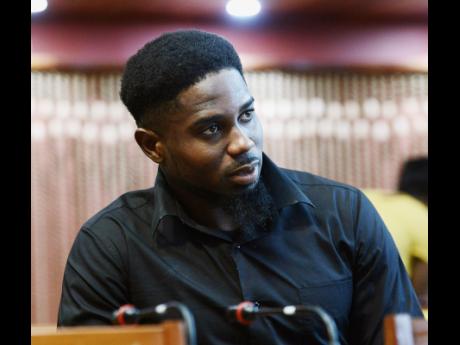 File
Sprinter Jason Livermore during his anti-doping hearing at the Jamaica Conference Centre on Monday September 11, 2017.

Ignorance seemed to be the primary defence of Jamaican sprinter Jason Livermore during his hearing into a positive drug test before the Independent Anti-doping Disciplinary Panel at the Jamaica Conference Centre yesterday.

Livermore, who was represented by his manager, Lorenzo Sandford, told the disciplinary panel of Chairman Kent Gammon, Dr Marjorie Vassell, and Heron Dale that he was taking medication prescribed by a doctor for a "life-threatening problem".

"I'm not a cheat," the 29-year-old Livermore said, adding that when he was told in February 2017 that he had tested positive for a banned substance in December, "it was like the world had stopped in front of me".

Livermore, who tested positive for metabolites of Clomiphene and Mesterolone, said that he started treatment on November 29, 2016. He added that when he was approached for testing by Jamaica Anti-Doping Commission (JADCO) representatives on December 16, 2016, and again on December 22, 2016, he told them that he was taking medication and also declared in writing what he was taking.

Clomiphene is listed as a fertility treatment for women, while Mesterolone is described an anabolic steroid, which is often used by bodybuilders to increase libido (desire for sex). Clomiphene, which also goes by the name Clomid, is the same drug for which netballer Simone Forbes tested positive before the 2011 World Netball Championships.

Livermore, who trains at the Michael Clarke-coached Akan Track Club, said that he had waived his right to have his 'B' sample tested because "I knew exactly what JADCO had found and I know where it was coming from".

Among those giving evidence for JADCO was Carey Brown, who identified himself as the Jamaica Anti-doping Commission's executive director. It was a surprising twist as The Gleaner understands that Brown was asked to resign by the JADCO board last week.

Livermore then described testimonies which outlined his apparent unfamiliarity with the rules governing the taking of substances.

He said that he had never heard of a therapeutic-use exemption (TUE), which athletes who are taking certain substances would require to not be deemed in violation of anti-doping rules if they test positive for a prohibited substance. He said that he had never visited JADCO's website to make himself familiar with the responsibilities of an athlete as it relates to substances found within his or her system; he had never tried to educate himself on JADCO's rules; and he added that January 2017 was the first time in his five years as a professional athlete that he knew of the prohibited list regarding certain medications. While he admitted receiving pamphlets from JADCO, Livermore added that he had only read the ones that included the list of prohibited substances.

"I wouldn't have gone the extra mile because I was in the hands of a medical doctor," Livermore said.

The athlete's coach, Michael Clarke, gave character evidence on his behalf. However, Clarke expressed his shock at Livermore's positive test as he said that he had always instructed his athletes, some as young as 12, on the need to be aware of whatever they were putting into their bodies.

The hearing was adjourned until Monday, September 18, at 10 a.m., when Livermore's doctor, Xavier Dowe, who did not show up for yesterday's hearing, is expected to give evidence.