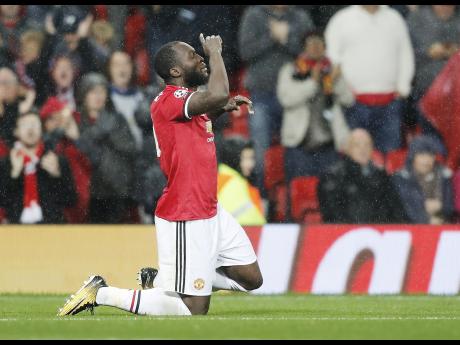 Whatever the competition, whatever the level of opponent, Romelu Lukaku cannot stop scoring in his first season at Manchester United.

The Belgium striker kept up the impressive start to his United career by heading in the second goal in a 3-0 win over Basel on the opening night of the Champions League yesterday.

That's six goals in six games for United, across three competitions. He scored in the UEFA Super Cup against Real Madrid on his competitive debut, two goals on his first start in the Premier League, and now on his first appearance in the Champions League group stage.

Signed from Everton for at least £75 million this off season, that hefty transfer is looking like money well spent.

"For a striker, it's important as their performances are many times analysed by scoring or not scoring," manager Jose Mourinho said. "But I am happy with his performances overall.

The negative for Mourinho on a rainy night at Old Trafford, when Marouane Fellaini and Marcus Rashford also scored against an overwhelmed Swiss champion, was the sight of Paul Pogba hobbling off with an apparent left-hamstring injury in the 19th minute.

Mourinho said he wasn't sure about the severity of the injury, but the France midfielder left Old Trafford on crutches. United's captain for the match in the absence of Antonio Valencia, Pogba, had two short spells out with hamstring problems in the second half of last season.

Fellaini, on as a substitute for Pogba, opened the scoring with a close-range header in the 35th before Lukaku climbed between two defenders to nod home Daley Blind's left-wing cross in the 53rd.

Rashford completed the win in the 84th minute, soon after coming on a substitute, when he scuffed a shot into the ground and over the goalkeeper from Fellaini's cross.

United look to be the team to beat in Group A, which also contains Benfica and CSKA Moscow, but Mourinho won't be taking it easy.

"For the Real Madrids, Barcelonas and Bayern Munichs, the Champions League starts in February. Now is just the warming up," he said. "I think we are in the second level. The second level is, let's qualify, let's make the points to qualify for the knockout phase.