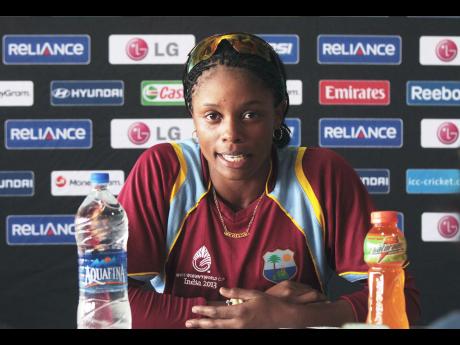 Former West Indies Women's captain, Merissa Aguilleira, said she was "a bit saddened" by the sacking of the entire management unit following the recent failed Women's World Cup campaign, but says she is excited by the prospect of working with the new interim management team.

Head coach Vasbert Drakes, assistant coaches Ezra Moseley, and Stuart Williams, along with operations manager Ann Browne-John, were all shown the door by Cricket West Indies(CWI) after presiding over a wretched run at the showpiece in England in July.

"I was a bit saddened by it. He (Drakes) has been a good coach. He had been with us for a little while now," Aguilleira, a veteran of the squad with 103 One-Day Internationals and 81 Twenty20 Internationals, told CNC 3 Television here.

"He came in for the Sri Lanka tour 2015 and he did a good job from start to end, so it's probably a decision that was taken just looking at the future of the women's team.

West Indies Women arrived at the World Cup as one of the favourites, having won the T20 World Cup last year and reached the final of the last 50-overs World Cup.

But they endured a dismal run of form, losing all their warm-up matches before also slipping to defeat in their opening four tournament matches, to suffer early elimination from the semi-finals.

Aguilleira said the management team, though, had gelled well with the squad, and players had benefited as a result of their expertise.

With a series against touring Sri Lanka Women starting next month, Aguilleira said it was important that the side was not distracted by the changes.

"The CWI will have a valid reason for it (the change), I'm not going against it," the 31-year-old stressed.

"Certain times you are in a different situation, so you don't know exactly what angle they're looking from, but at the end of the day, as players, our main focus is just to focus on our job at hand.

"We have a series coming up against Sri Lanka, and obviously, we don't want to focus on the wrong things."