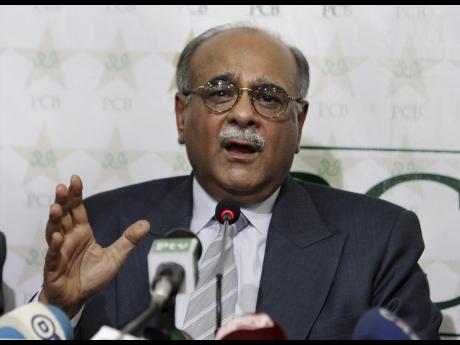 The Pakistan Cricket Board has confirmed a three-match Twenty20 series against West Indies set for Lahore in late November.

The PCB and Cricket West Indies had been in talks over the proposed series, but PCB chairman Najam Sethi said the tour had been now finalised and a detailed schedule would be announced shortly.

"The agreement with the West Indies Cricket Board has been finalised and done, and they have confirmed they will come to Lahore in November to play three T20 Internationals," Sethi said in a television interview.

Cricket West Indies announced last month it was in discussions with the PCB over the staging of the series in Pakistan.

However, CWI said the three matches would be "subject to the safe conclusion of the ICC World XI team's three-match series in Lahore in September and affirmation of manageable security by the ICC sponsored international security company overseeing the security arrangements of the World XI."

The World XI series against hosts Pakistan started Tuesday and wraps up tomorrow.

Sethi said the series against West Indies represented a major breakthrough and would pave the way for the PCB to negotiate with other teams to tour Pakistan.

West Indies faced Pakistan in a full series of Tests, ODIs and T20s last year in the United Arab Emirates before hosting the Asian side in the Caribbean earlier this year in a similar series.

Sethi said Sri Lanka had also agreed to play a one-off T20 International in Lahore on October 29, though he was still holding out hope for two matches.

He also revealed the PCB planned to hold discussions with Cricket South Africa over a short bilateral series in 2018.

Once the Windies series comes to fruition, it will mark the first time a leading international side has toured Pakistan since 2009, when militants attacked a bus carrying the Sri Lanka team resulting in injury to several players and the death of several members of the security forces.

Minnows Zimbabwe toured two years ago for limited overs matches, but the series was not sanctioned by the International Cricket Council.