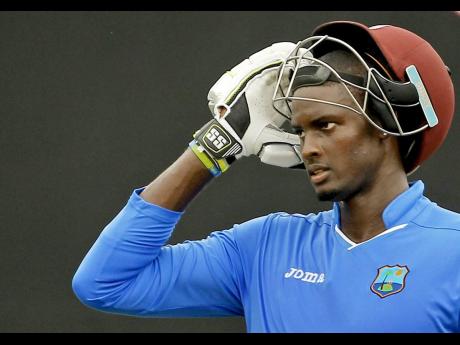 West Indies captain, Jason Holder, has rued the washed out One-Day International against Ireland, which robbed the Caribbean side of valuable match practise ahead of the upcoming five-match series against England.

A wet outfield caused by heavy overnight rain had initially delayed the toss yesterday at the Civil Service Cricket Club but the rains eventually returned before a scheduled 1:30 p.m. (7:30 am Jamaica time) inspection, forcing officials to call off the contest.

"I don't think it was close to playable. The outfield was pretty saturated," Holder said in reference to the ground.

"The umpires always had a concern about how wet it was and they felt it would have been a lot of slipping and sliding and didn't want to take the risk. I couldn't really disagree with them too much but hopefully we can go into England with some confidence."

The fixture was an important one for Ireland who were only recently granted Test status by the International Cricket Council.

Much of their recent competition has come against former fellow Associate nations and the fixture against West Indies was an opportunity to put their kills against a full ICC member side.

Holder said he was aware of the importance of the fixture to the Irish and hoped the two teams could meet again soon.

"It's really disappointing. I've heard a lot of people say the Irish Cricket Board put a lot of money into this game and it's really unfortunate that we weren't able to put on a show for them but hopefully in the future we can be back here and spread some joy to the Irish people."

West Indies have had no limited overs practise as they prepare to face England in the first ODI at Old Trafford starting next Tuesday.

They will play England in a one-off Twenty20 International at Chester-le-Street on Saturday.