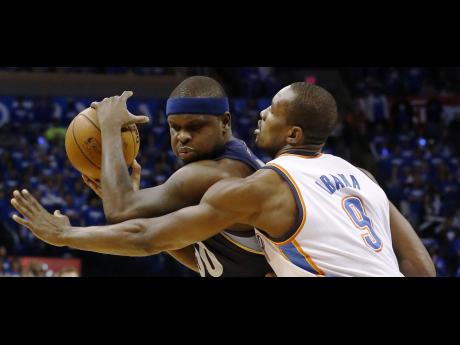 Randolph entered a no-contest plea during a court appearance Wednesday and was immediately sentenced to 150 hours of community service, said Frank Mateljan, a spokesman for the Los Angeles city attorney's office.

The two-time All-Star may petition the court for the charges to be vacated if he stays out of trouble for a year, Mateljan said.

Randolph initially had been arrested in August on suspicion of possessing marijuana with intent to sell, a felony, but Los Angeles city prosecutors instead charged him with misdemeanour drug possession. Court documents said the 36-year-old Randolph possessed "more than 28.5 grammes of marijuana or more than four grammes of concentrated cannabis or both." Randolph also was accused of resisting arrest and obstructing a Los Angeles police officer in the discharge of his or her duties.

Randolph was arrested August 9 at the Nickerson Gardens housing project in Watts after officers observed a crowd of people drinking, smoking marijuana, blasting music and blocking streets, police have said. The officers observed three people, including Randolph, run off but immediately stopped one of the men, police said. Randolph and another man ran inside a home and were arrested after a crowd of bystanders formed and attempted to block the officers, police said.