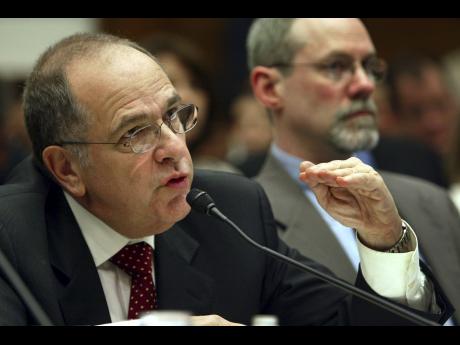 Conchita Martinez called the Spanish Tennis Federation's decision to fire her as the Fed Cup and Davis Cup captain as unfair and disrespectful yesterday.

Martinez lashed out after the federation announced that its board of directors unanimously decided to "make a change in the leadership of its professional teams ... in order to face new challenges in 2018".

Martinez said the decision was unilateral and that she would have liked to stay. She had been head of the Fed Cup team since 2013, and of the Davis Cup team since 2015. She was reportedly contracted until December.

"I want to share my disappointment and discomfort with the Spanish federation," Martinez said in a statement. "It is very ungrateful to take over the helm during a storm and then be taken away after you reach the calm."

Gary Wadler, one of the strongest voices in the fight against performance-enhancing drugs in sports, has died. He was 78.

Wadler testified in front of Congress in the 1990s about the way doping was undercutting the Olympics and threatening the health of elite athletes and, potentially, those who tried to emulate them.

He chaired the World Anti-Doping Agency committee that considers which substances should be banned in sports, and was a leading critic of the way American sports leagues, especially the NFL and Major League Baseball, ran their anti-doping programmes.

Russian champions Spartak Moscow were charged by UEFA yesterday after a fan fired a flare at the referee during a Champions League match.

UEFA said its disci-plinary panel will judge the case on September 21.

UEFA's options to punish Spartak include closing part or all of its stadium for a future game. Liverpool visit the Otkritie Arena - a 2018 World Cup venue - in Moscow on September 26.

The flare rocketed out of the section holding visiting Spartak fans early in its 1-1 draw with Slovenian champion Maribor on Wednesday.

It landed in the centre circle near German referee Denis Aytekin and burnt out. The referee briefly stopped play.