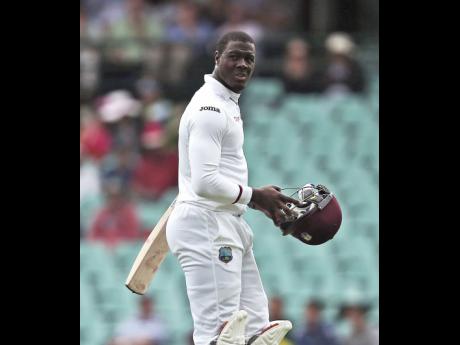 Twenty20 captain Carlos Brathwaite says the result of today's one-off T20 against England will have no direct impact on the Caribbean side's fortunes in the pending One-Day International series.

The contest at the Riverside comes three days before the opening ODI at Old Trafford, in a five-match series West Indies need to win comprehensively in order to enhance their chances of direct qualification for the 2019 World Cup.

"It's a different format, a different competition and I guess a T20 win would stand us in good stead," Brathwaite told media yesterday.

"There are a few players going on from the T20 to the 50-overs so confidence-wise it would be a good boost for them but I don't think a win or a loss here in this game would have much bearing on the 50-overs series."

And Brathwaite said a victory today, though unlikely to affect the one-day side's form, could be a boost to the confidence of those players.

"It would be nice to get a win regardless of the momentum going into it," he pointed out.

"Hopefully, we do get the win and then guys who are in the team that are transferring over to the 50-overs team have some sort of confidence and momentum going into that series which is an important one for us."