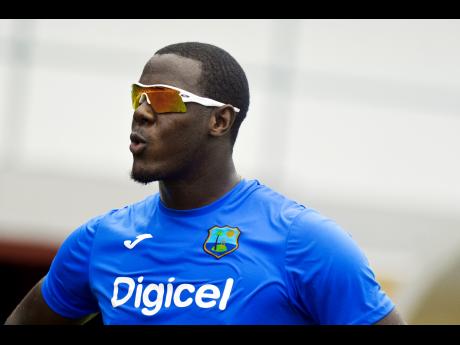 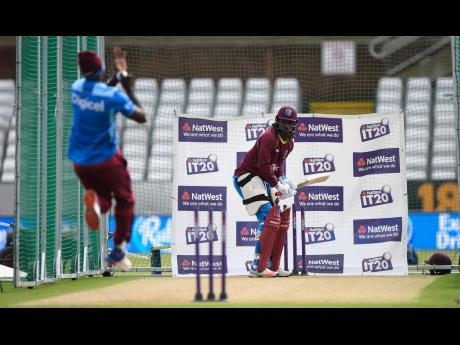 Star-studded West Indies will face nemeses England for the first time in a Twenty20 International since the dramatic T20 World Cup final 17 months ago, when the two teams clash in a highly anticipated one-off match here today.

The reigning World champions boast the likes of superstars Chris Gayle, Kieron Pollard, Marlon Samuels and Sunil Narine in their ranks, and will be fancied to get the better of the hosts, despite playing in foreign conditions.

In two meetings during last year's T20 World Cup in India, the Windies came out on top - the last coming when Carlos Brathwaite - now captain - blasted four consecutive sixes off the first four balls of the final over to hand the Caribbean side an unprecedented second title.

While the memories of that have slowly faded, what remains fresh is the Windies confidence levels and Brathwaite said the unit was pumped up for the contest at the Riverside.

"The camaraderie off the field it shows on the field so it's just about coming together and letting the guys have the freedom to express themselves, make decisions, make their own calls at their point in time," Brathwaite told reporters yesterday.

"Once guys do that we can always go back to the drawing board. I prefer that than guys thinking what would the coach or what would the captain want. They are all seasoned T20 players and they all do well for different franchises around the world and it's for me as a young captain just to go out there and tell them 'look, whatever you do on the field, you have my full support.'

"[They are free to] make the right decision at the right time in [their] view and then as a team we assess whether we win, lose or draw and we'll see how we can continue to improve going forward."

West Indies possess an excellent record against the English, losing only four of their last 14 outings. Of more recent, however, the Windies have struggled, swept 3-0 by Pakistan last year in the United Arab Emirates before being hammered 3-1 by the same side in a four-match series earlier this year in the Caribbean.

They picked themselves up by whitewashing minnows Afghanistan in June and then stunned powerhouses India in one-off encounter in Kingston, when opener Evin Lewis hit a dazzling hundred.

Brathwaite said the Windies would look to extend that same form while flaunting their unique brand of cricket.

The 13-man side is a hybrid of experience and youth, with the seasoned likes of Gayle, Pollard, Samuels and Narine combining with young players like Lewis, Brathwaite and Kesrick Williams.

"The best players are available, the best players play. On that given day, the best XI ... are the ones that take the field and we have the full support and full trust of whoever is selected and the boys in the dressing room know that," Brathwaite stressed.