'Charlie' seek revenge in the Jungle 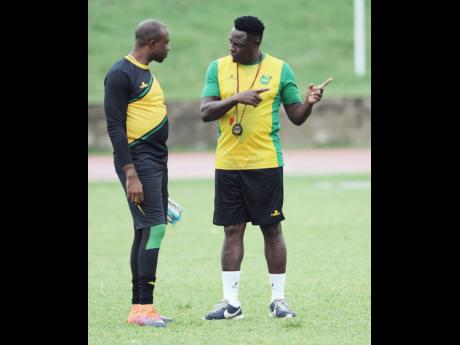 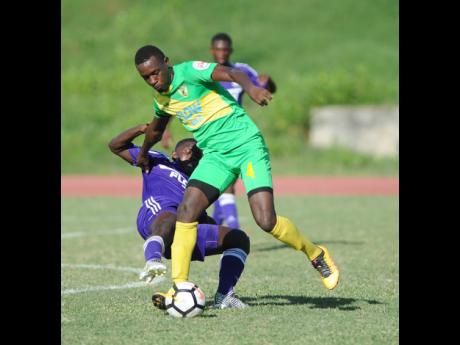 Ricardo Makyn
Excelsior's Shandel Senior (right) is challenged for the ball by Kingston College's (KC) Nathan Thomas during their ISSA/FLOW Manning Cup encounter at the Stadium East field on Saturday. KC won the match 3-1. Both teams are in action today.
1
2

Calabar defeated 'Charlie' 3-1 in their first-round group clash at Calabar on September 12. Since that loss, Charlie Smith have won four consecutive games to stay three points behind group leaders Calabar.

The Red Hills Road-based Lions are on top with 18 points from six games, while Charlie Smith come next on 15 points. Eltham are in third position on 12 points, followed by Jonathan Grant (6), Cedar Grove (1) and Campion College (1).

Charlie Smith will be looking to make the most of what is expected to be a good crowd support at their home ground.

Charlie Smith's long-serving coach, Jerome 'Jerry' Waite, admitted that his team is not a serious title challenger, but underlined that they will continue to be competitive in the group. They will also look to avenge the first-round loss to Calabar.

"We will have to be ready for the game tomorrow (today). They (Calabar) are the form team, winning all of their games in the group so far," Waite told The Gleaner yesterday.

"We are not title contenders, but will be competitive in the group and hope to move on to the second stage," he added.

Charlie Smith will rely on Tyrick Reid, who is the team's top scorer on nine goals, as well as captain Zidon Clarke, Kemoy Bailey, Wendel Reynolds and Roderick Delmar.

Calabar are well poised to win group honours and another win against Charlie Smith will put the Lij Simms coached outfit one step closer to their target.

The Red Hills Road-based institution are having a very good start for the first time in many years. Having last won the Manning Cup in 2005, Calabar are enjoying good form with players such as Terique Reid, Navardo Thomas, Orane Ferguson, Matthew Sterling and Deandre McCoy leading their charge.

In another key encounter, reigning champions Jamaica College (JC) will face off against St Andrew Technical High School (STATHS) in a top-of-the-table Group A clash at STATHS.