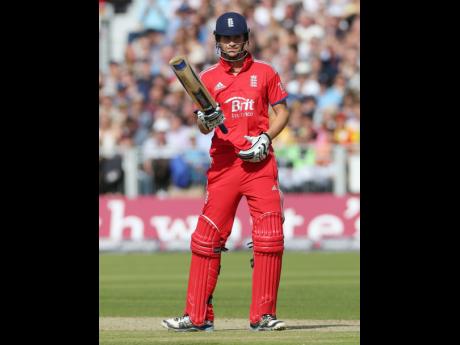 Both Ben Stokes and Alex Hales will miss today's final one-day international (ODI) against West Indies after they were yesterday suspended by the England and Wales Cricket Board.

Neither player took part in the fourth ODI at the Oval on Wednesday, as they assisted police investigations into a brawl in Bristol last Sunday which left one man in hospital with facial injuries.

Stokes was arrested following the incident on suspicion of causing actual bodily harm but released without charge. He remains under investigation, however.

"Ben Stokes and Alex Hales will not be considered for selection for England international matches until further notice," the England and Wales Cricket Board (ECB) statement said.

"Each remains on full pay pending further ECB investigation and the ongoing police investigation into an incident in Bristol in the early hours of Monday, September 25.

"Andrew Strauss, director of England Cricket, will today refer the internal disciplinary procedure for these two players to the Cricket Discipline Commission, chaired by Tim O'Gorman.

"These decisions, fully supported by ECB Chairman Colin Graves, were made following the release of footage viewed by ECB for the first time on Wednesday night."

The footage showed Stokes throwing punches at two unidentified men in a street.

He and Hales were part of a group of England players on a night out celebrating their 124-run win over West Indies in the third ODI.

With the duo's suspensions, batsman Dawid Malan has been called up by selectors for the final ODI at the Ageas Bowl in Southampton.